By rescheduling cannabis as a less dangerous narcotic, the next president can upend the drug war and the damaging effects on communities of color. 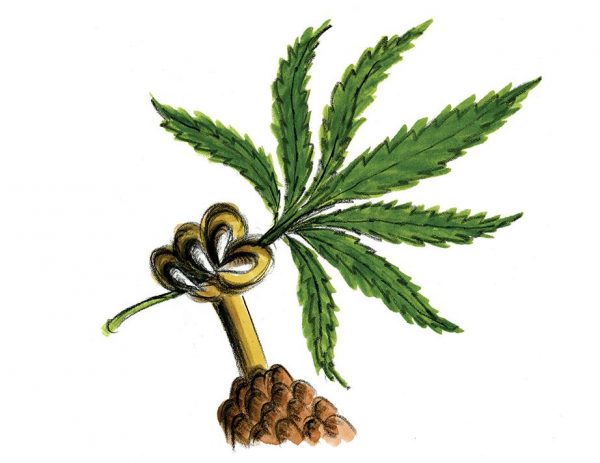 This story is part of the Prospect’s series on how the next president can make progress without new legislation. Read all of our Day One Agenda articles here.

The dissonance between state and federal marijuana laws has created a legal jumble of bad policies and work-arounds. Statehouses, Congress, and the White House have created a labyrinthine world of marijuana rules and rulemaking. The next president however, can clean up much of this mess with the stroke of a pen.

The wave of state-level marijuana liberalization over the last decade represents one of the more robust assertions of federalism in American history—all the more remarkable considering it concerns a drug linked to ethnic and racial stereotypes (despite centuries of medicinal use). Eleven states and the District of Columbia have legalized recreational marijuana, with seven states making the move just since 2016. Thirty-three states (two-thirds of the 50) have legalized medical marijuana. Arizona and Florida may see questions about marijuana legalization on the 2020 ballot.

No such changes have been made on the federal level yet, however, despite the efforts of some members of Congress. It does not matter “whether you agree or disagree with decriminalization, legalization, or medicinal [use], states are going to do this,” Democratic Representative Barbara Lee of California, who has introduced three marijuana bills and co-chairs the Congressional Cannabis Caucus, tells the Prospect. “This is not going to go backwards.”

Given the rising acceptance of marijuana use, the next president will have unprecedented public support to end the federal policies that fostered decades of ill-fated drug enforcement strategies, including the so-called “war on drugs,” that have disproportionally affected African Americans and Latinos. A potential Democratic administration would be well placed to dismantle marijuana prohibitions, especially if Democrats maintain their numbers in the House and can gain control of the Senate.

But if control of Congress fails to materialize, a Democratic president can still make progress on marijuana.

The executive branch can exercise its administrative powers to reschedule marijuana by moving the drug to a less restrictive tier of controls. Marijuana is illegal under the Controlled Substances Act: It falls into Schedule I, the highest of the five tiers of regulation for drugs with a strong potential for abuse and no currently accepted medical use, a distinction that marijuana inexplicably shares with heroin and LSD.

These prohibitions limit scientific and medical research and clinical trials on marijuana—even though more than half of the states have approved the drug for medical use. As Washington State University sociologist Clayton Mosher, co-author of In the Weeds, a marijuana policy history, notes, cannabis opponents “use anecdotes to prove that marijuana is a dangerous drug.” But they simultaneously claim that supporters’ anecdotes arguing cannabis “has medicinal uses are not scientific evidence.”

Laboring under these prohibitions, researchers also must secure federal permission for testing and adhere to restrictive protocols before investigating a drug now used by many people with cancer, epilepsy, and other illnesses and conditions. Meanwhile, cannabis businesses cannot deduct ordinary business expenses from their federal taxes. Treasury Department regulations mean banks largely avoid the sector, leaving many marijuana businesses in the multibillion-dollar industry dependent on cash transactions and at risk for crime.

The attorney general is the main actor in administrative rescheduling. The president can direct the AG to review a drug’s status, or the AG can act independently to initiate a scheduling review. The secretary of health and human services or outside groups—medical associations, state or local entities, or individual citizens—can also petition the AG to begin the review.

The AG must consult the Food and Drug Administration on medical and scientific findings about the drug, public-health risks, and potential for abuse. Under the statute, the HHS secretary’s scientific and medical recommendations are binding on the AG. The Drug Enforcement Administration also provides recommendations. After the AG reviews the agencies’ responses, he or she has several options: keeping marijuana in Schedule I, moving it to another schedule where less restrictive controls prevail, or descheduling it entirely—taking the drug off the list of controlled substances. The latter is legalization in all but name.

This administrative route is the only one the executive branch can use to relax controls on cannabis. The president could issue executive orders in narrow instances to relax the consequences of marijuana use, such as removing prohibitions against federal employees using recreational or medical marijuana. A 1986 Reagan-era executive order allowed federal agencies to fire employees for illegal drug use.

Although there have been numerous attempts to remove marijuana from Schedule I, neither the FDA nor the DEA has sanctioned rescheduling—even though synthetic drugs containing THC, the psychoactive ingredient in marijuana, have been placed in less restrictive schedules. Gaining administrative assent to changing marijuana policy, however, could be shifting, as developments during the campaign season may moderate resistance to rescheduling—and give a new president new tools of persuasion.

At the end of August, the FDA and the National Institutes of Health co-signed a letter to Senator Brian Schatz, a Hawaii Democrat, to call for additional avenues for research into marijuana and a streamlined registration process to facilitate research. The agencies noted that a significant barrier to research is the lone University of Mississippi facility, which is currently the only federally approved research location. That means researchers lack access to diverse varieties of cannabis that could be used to manufacture different kinds of medications. The letter was silent on administrative rescheduling, but pointed to marijuana’s “continued placement” in Schedule I as a hurdle for researchers who cannot buy products from state dispensaries and face other bureaucratic and cost obstacles, which may prove to be insurmountable for some scientists.

In August, the DEA, too, published its plan for overseeing growing marijuana for scientific and medical research. In 2016, the agency had announced that it would consider new applications for researchers seeking to cultivate research-grade marijuana. But the agency has never acted on the proposals that it received, which prompted a lawsuit by the Phoenix-based Scottsdale Research Institute. ThinkProgress reported that the DEA published its announcement shortly before the next stage of the lawsuit.

In May, the Second Circuit Court of Appeals instructed the DEA to conduct “a swift review” in a case involving a group of private citizens seeking rescheduling of marijuana for medical reasons. The court noted that “the current law, though rational once, is now heading towards irrationality; it may even conceivably be that it has gotten there already,” and warned that it would decide the matter if the DEA fails to carry out an expedited rescheduling.

“The likelihood of rescheduling is certainly higher than descheduling,” says John Hudak, the deputy director of the Center for Effective Public Management at the Brookings Institution, who studies marijuana policymaking. “It’s something that has more support in Congress.”

Despite the fresh pressure to enable research on cannabis, recent vaping deaths, and the Trump administration’s decision to ban flavored e-cigarettes, resistance to liberalizing marijuana regulations may be strongest among longtime DEA officials who are more invested in the agency’s drug warrior culture. The current regime benefits the agency through civil asset forfeiture, which permits the DEA to keep cash and other goods seized during drug raids and has become a way to supplement congressional allocations. Executive branch officials must consider whether a new Congress would likely accelerate its own deliberations on rescheduling (or descheduling), try to thwart an energetic AG determined to decontrol marijuana, or decline to act at all.

Of course, a truly committed president could install leadership at the DEA and FDA that would be determined to carry out rescheduling or descheduling, regardless of career staff’s wishes.

In a climate where marijuana arrests have outpaced arrests for violent crimes, the next president could also use clemency powers to pardon or commute the sentences of offenders for certain marijuana crimes, who are disproportionately African American or Latino. There is precedent for a blanket pardon—Jimmy Carter issued unconditional pardons to Vietnam draft dodgers in 1977, while both Donald Trump and Barack Obama have pardoned or commuted the sentences of individuals whose offenses involved marijuana (and in some cases, harder drugs). According to a 2015 Bureau of Justice Statistics report, about 11,500 people are serving federal sentences for marijuana. (Many people serving federal sentences have been convicted of marijuana trafficking.) To demonstrate leadership on the issue, Hudak suggests that the president could hold a “clemency event” for certain offenders with a group of like-minded governors.

By facilitating marijuana research, the next president can infuse public drug-education programs with stronger science. In recent years, veterans groups like the American Legion have become some of the country’s strongest advocates for cannabis rescheduling. Many veterans use marijuana to cope with PTSD, but the DEA thwarted the Scottsdale Research Institute study for years and the Department of Veterans Affairs did not want to refer people to those researchers (who are now reviewing their results, according to a Stars and Stripes report). More generally, VA doctors cannot recommend medical marijuana to patients.

This lack of comprehensive research undermines federal public-health education initiatives. Surgeon General Jerome Adams and Secretary of Health and Human Services Alex Azar held a late-August press conference to unveil a public advisory about the dangers of marijuana for teenagers and pregnant women. Few medical experts would dispute highlighting precautions for these vulnerable populations. But as more pregnant women, especially younger ones, turn to cannabis for relief from morning sickness, research prohibitions mean there isn’t much data available about marijuana’s effects on pregnant women or fetal development, as there is, for example, on tobacco.

As for teenagers, fewer teens are using the drug, according to the federal government’s own study, although the surgeon general suggested teens’ marijuana use was increasing. While some studies show impacts on cognitive development, gauging the impacts over time would require long-term research trials. Adams also has raised eyebrows with his insistence in resurrecting the debunked notion that early use of marijuana is a gateway to the abuse of hard drugs.

The next administration would have both the administrative tools and the public backing it needs to eliminate many of the current legal uncertainties in the marijuana sector. Congressional action that establishes a strong regulatory framework would be the most efficient and sustainable way to reschedule marijuana or to legalize it. But Congress as an institution, much like the DEA, has been tethered to outdated mores. By pursuing administrative remedies, pardoning minor offenders, and prioritizing science and research over the reefer madness fears of the remaining prohibitionists, the next president can strengthen the case for moving forward on marijuana.

Responding to our questionnaire, BERNIE SANDERS promised to “take executive action to deschedule and legalize marijuana nationwide.” ELIZABETH WARREN also vowed to “delist marijuana,” which her campaign clarified as an endorsement of administrative descheduling. To our knowledge, they are the first presidential candidates to formally endorse effective legalization through executive authority. CORY BOOKER has introduced legislation (which Sanders, Warren, KAMALA HARRIS, and TULSI GABBARD have co-sponsored) called the Next Step Act, which would deschedule marijuana legislatively. That would of course rely on a Congress still stuffed with drug warriors. Sanders and Warren take it a step further.

BETO O’ROURKE wrote a book advocating for cannabis legalization in 2011, and asked President Obama to deschedule or reschedule administratively in 2014. AMY KLOBUCHAR said she would “start the evaluation process” of rescheduling by collecting scientific and medical recommendations from the Food and Drug Administration and the Drug Enforcement Administration. PETE BUTTIGIEG, ANDREW YANG, and JULIÁN CASTRO support marijuana legalization, but do not explain the mechanism for doing so. JOE BIDEN would reschedule cannabis as a Schedule II drug.