In the second quarter of 2020, the United States recorded the largest drop in economic output since it began being tracked in 1947. Outside the U.S., many global economic indicators are showing similar signs of distress. Despite the global economic downturn resulting from the COVID-19 pandemic, legal marijuana in the United States continues to post record cannabis sales — effectively weathering the storm. Some now believe that the industry may be, to some degree, recession-proof. 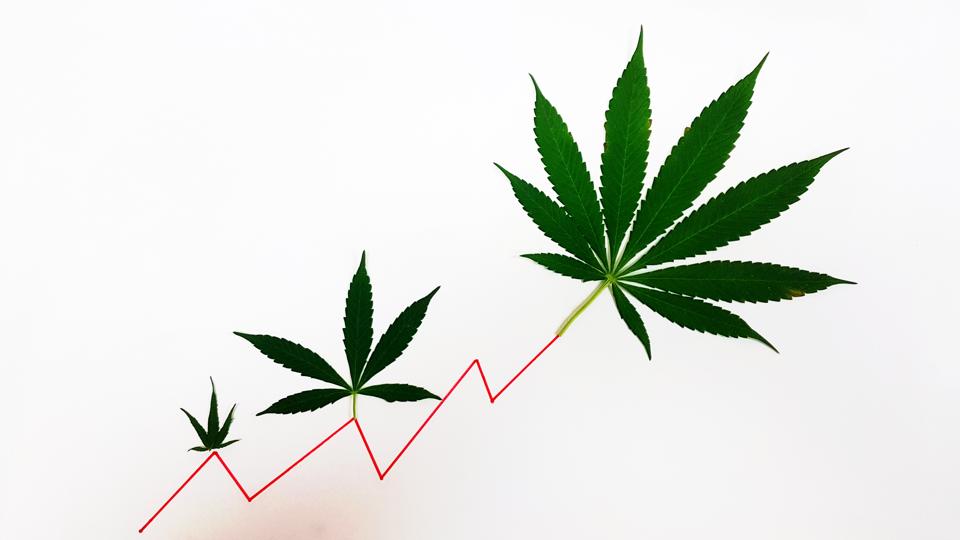 In July, Colorado marijuana sales exceeded $200 million in one month for the first time since the industry came online in 2012. The Denver Post reported sales of more than $1.2 billion for the year. In Illinois, where recreational cannabis dispensaries didn’t open their doors until January 1, 2020, sales topped nearly $64 million during August, surpassing the mark set in July by more than $3 million. The Chicago Tribune reports recreational sales above $360 million for the year. Ohio also set a record for medical marijuana sales in July, although the state’s market is well behind other national leaders.

Foreign governments looking at these numbers could be compelled to advance commercial cannabis legalization, yet a dilemma remains: which side of the industry do you advance first? When I say “cannabis,” I’m referring to the plant Cannabis Sativa L, with two sides that loosely reflect both the industry’s and the U.S.’s legal distinctions between hemp and marijuana.

Several dozen nations have already legalized a form of cannabis, including either medical use, industrial hemp or the outright end of cannabis prohibition. They have some form of commercial regulated cannabis and see the export of cannabis materials and compounds as a viable economic development pathway.

This has increased during COVID-19, with a number of countries accelerating plans for commercial regulated cannabis to spur economic growth and development in the post-quarantine economy. The most recent example of this being the Latin American nation of Ecuador. These countries usually make a distinction between “psychoactive” and “non-psychoactive” cannabis, which roughly aligns with America’s legal distinctions between hemp and marijuana.

Given the choice, potential licensees tend to choose “psychoactive” marijuana production. A pound of marijuana is worth nearly ten times (or more) than a pound of hemp biomass, with almost equivalent input costs (depending on the style of farming). In addition, marijuana extracts are often 20 times higher than that of hemp extracts -– per gram.

One would obviously choose the crop with the higher price point, but for a farmer things may not be so simple. This is where context matters. While the pricing of marijuana products right now is indeed substantially higher, how many distribution outlets are there, what does the consumer landscape look like, and with whom am I competing?

Today, there are very few marijuana buyers around the globe, but an abundance of buyers and distribution outlets for hemp products. Does it make sense to obtain a marijuana cultivation license or a hemp license for international export? The hemp side of the industry is currently far more accessible and feasible, given the sheer demand and number of outlets – even though the regulatory picture gets murkier and murkier by the week.

Canada was one of the first countries to create national cannabis legalization and regulatory protocols, enabling it to be a market leader for cannabis exports. Canadian businesses exported more dried medical cannabis than ever in 2019, with Germany as the primary recipient. Recently, Germany has moved forward with local production standards, which will eliminate or substantially reduce these exports over time.

In 2019, Canada exported roughly 3,740 kilograms (8,245 pounds) of dried cannabis for medical and scientific use — not a substantial amount of cannabis in the grand scheme of things. Because Germany’s 2020 domestic production may be delayed until 2021 due to COVID-19, Canadian exporters need to find more lawful jurisdictions for export.

Yet the outlook is somewhat limited. As more and more countries allow for domestic production for internal and domestic use, the market demand for exportable and imported marijuana is at best tenuous. That is, of course, until large pharmaceutical players develop more and more drug formulations (with government approvals and large scale distribution) requiring significant quantities of consistent API grade cannabis and related materials.

Further, it will likely take a formal United Nations policy change to make marijuana products more viable global commodities. This could come sooner rather than later, with a vote scheduled on the issue this December.

Until then, countries must adapt to public policy in real time to keep up. To wit, Canada has imported a relatively small amount of cannabis since late 2018 and none for sale commercially. The Canadian government has been accused of “cannabis protectionism.” Foreign governments have criticized its policy of insulating domestic cannabis producers against competition by blocking imports of medical marijuana.

Surprisingly, the U.S. was the top importer of cannabis oil last year. Here’s a snapshot of the leading cannabis oils importers in 2019:

Among these countries, the fastest-growing markets for cannabis oils since 2015 were Hong Kong, the Netherlands, Belgium, and South Korea.

Marijuana exporters will have to continually reinvent themselves to service this demand — until other countries create their own pathways for domestic commercial production and regulation. When that happens, will marijuana’s pricing remain the same –- or will the ever-changing game change once again?

Nevertheless, during a time when our world economy has been shaken to its core, here is a commodity that has proved its resilience. Cannabis is essential and it is here to stay. If you ask me, the case for a global cannabis industry could not more compelling. The next step, of course, is to get the world in tune from a regulatory perspective. This is critical so that we can achieve the free flow of cannabis good and services, no different than other global commodities, like coffee and flowers. We’ve certainly got some things to talk about beside the rising tide, but more on that later. Stay tuned.

I sit at the center of the world’s largest commercial cannabis industry network. Since 2008, Hoban Law Group has emerged as the world’s leading full-service commercial