Researchers around the world are developing more than 140 vaccines against the coronavirus. Vaccines typically require years of research and testing before reaching the clinic, but scientists are racing to produce a safe and effective vaccine by next year. 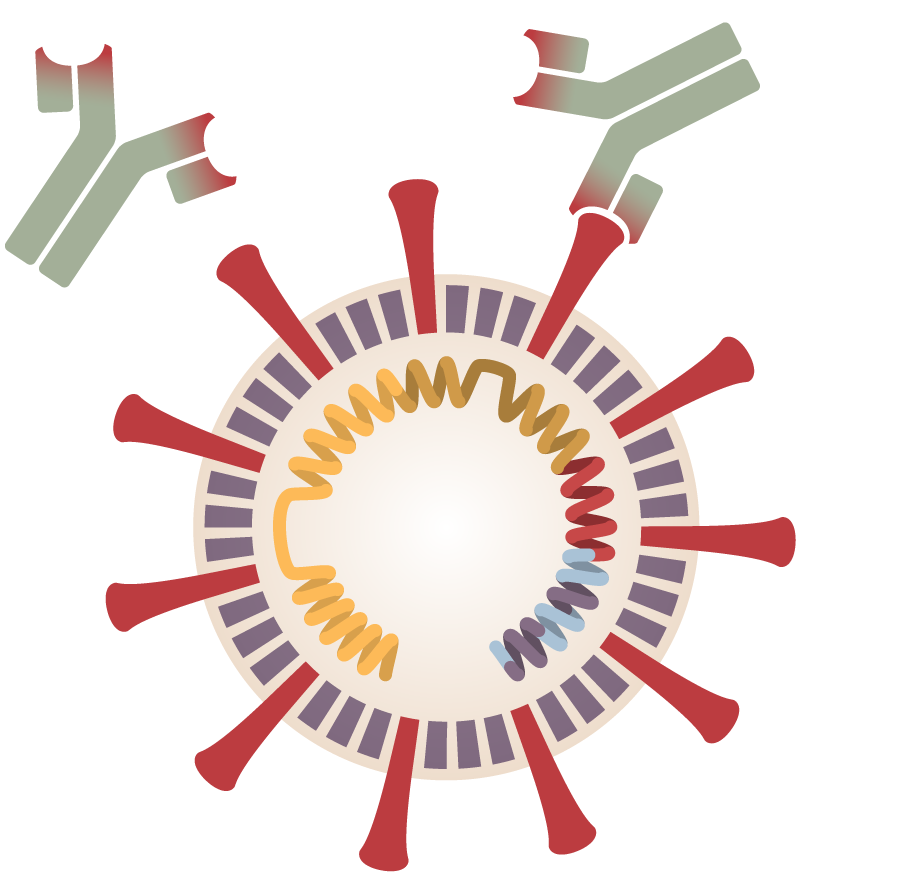 Antibody produced in response to a vaccine SARS-CoV-2 coronavirus

Work began in January with the deciphering of the SARS-CoV-2 genome. The first vaccine safety trials in humans started in March, but the road ahead remains uncertain. Some trials will fail, and others may end without a clear result. But a few may succeed in stimulating the immune system to produce effective antibodies against the virus.

Here is the status of all the vaccines that have reached trials in humans, along with a selection of promising vaccines still being tested in cells or animals.

•  The German company CureVac moved into Phase I trials.

•  The Gamaleya Research Institute in Moscow began Phase I trials.

The development cycle of a vaccine, from lab to clinic.

PRECLINICAL TESTING: Scientists give the vaccine to animals such as mice or monkeys to see if it produces an immune response.

PHASE I SAFETY TRIALS: Scientists give the vaccine to a small number of people to test safety and dosage as well as to confirm that it stimulates the immune system.

PHASE II EXPANDED TRIALS: Scientists give the vaccine to hundreds of people split into groups, such as children and the elderly, to see if the vaccine acts differently in them. These trials further test the vaccine’s safety and ability to stimulate the immune system.

PHASE III EFFICACY TRIALS: Scientists give the vaccine to thousands of people and wait to see how many become infected, compared with volunteers who received a placebo. These trials can determine if the vaccine protects against the coronavirus.

APPROVAL: Regulators in each country review the trial results and decide whether to approve the vaccine or not. During a pandemic, a vaccine may receive emergency use authorization before getting formal approval.

WARP SPEED: The U.S. government’s Operation Warp Speed program is expected to name five or more vaccine projects to receive billions of dollars in federal funding before there’s proof that the vaccines work.

COMBINED PHASES: Another way to accelerate vaccine development is to combine phases. Some coronavirus vaccines are now in Phase I/II trials, for example, in which they are tested for the first time on hundreds of people.

Vaccines that use one or more of the coronavirus’s own genes to provoke an immune response.

Moderna’s vaccine dazzled the stock market in May with Phase I data on just eight people, only to see its stock price drop when experts had a lukewarm reaction to the results. The vaccine uses messenger RNA (mRNA for short) to produce viral proteins. Part of Operation Warp Speed, the American company is eyeing Phase III trials in July and hopes to have vaccine doses ready by early 2021.

The German company BioNTech has entered into collaborations with Pfizer, based in New York, and the Chinese drug maker Fosun Pharma to develop their mRNA vaccine. In May, Pfizer announced human trials for the vaccine. Another beneficiary of Operation Warp Speed, Pfizer hopes to have a few million doses for emergency use in the fall if all goes well in the trials.

Imperial College London researchers have developed a “self-amplifying” RNA vaccine, which boosts production of a viral protein to stimulate the immune system. They began Phase I/II trials on June 15 and have partnered with Morningside Ventures to manufacture and distribute the vaccine through a new company called VacEquity Global Health.

In May, the American company Inovio published a study showing that their DNA-based vaccine produced antibodies in mice. Phase I trials are underway in the United States and will start in South Korea at the end of June.

In March, the Trump administration unsuccessfully tried to entice CureVac to move its research from Germany to the United States. In June, the company launched Phase I trials of its mRNA vaccine. The company said its German facility can make hundreds of millions of vaccine doses a year.

Vaccines that use a virus to deliver coronavirus genes into cells and provoke an immune response. 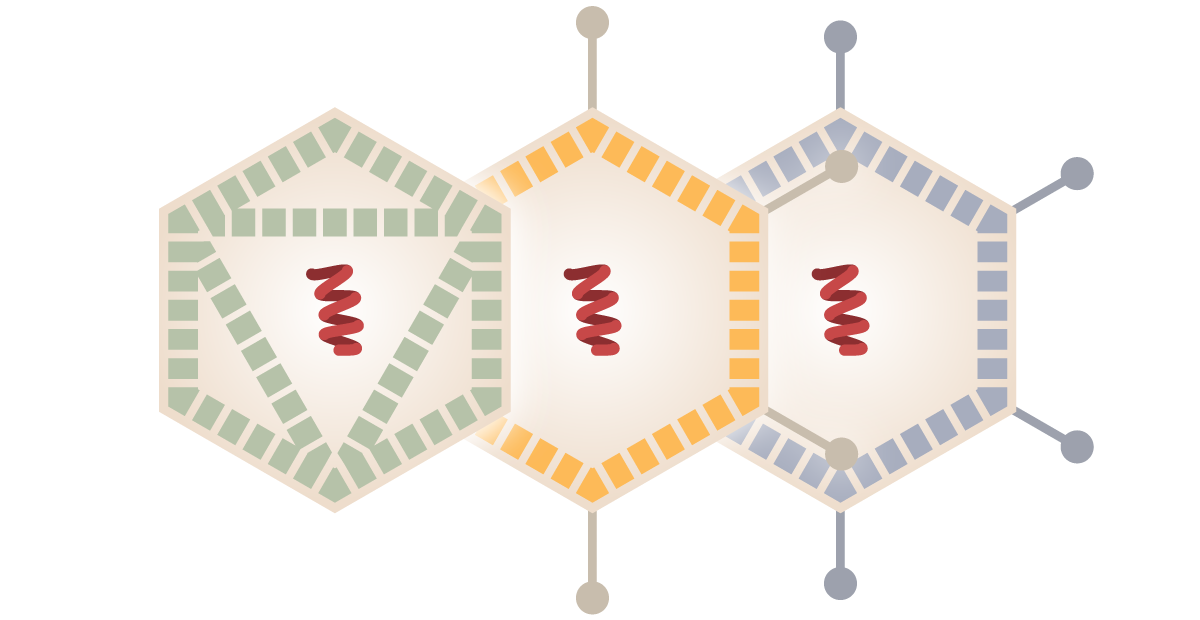 A vaccine in development by the British-Swedish company AstraZeneca and the University of Oxford is based on a chimpanzee adenovirus called ChAdOx1. The vaccine is in a Phase II/III trial in England and a Phase III trial in Brazil. Supported by Operation Warp Speed, the project may deliver emergency vaccines by October. In June, AstraZeneca said their total manufacturing capacity stands at two billion doses.

The Chinese company CanSino Biologics is testing a vaccine based on an adenovirus called Ad5, in partnership with the Institute of Biology at the country’s Academy of Military Medical Sciences. In May they published a paper in The Lancet, the first time Phase I trial data from any Covid-19 vaccine appeared in a scientific journal.

The Gamaleya Research Institute, part of Russia’s Ministry of Health, launched a Phase I trial in June of a vaccine they call Gam-Covid-Vac Lyo. It is a combination of two adenoviruses, Ad5 and Ad26, both engineered with a coronavirus gene.

The Swiss company Novartis will manufacture a vaccine based on a gene therapy treatment developed by the Massachusetts Eye and Ear Hospital. A virus called an adeno-associated virus delivers coronavirus gene fragments into cells. Phase I trials are set to begin in late 2020.

The American company Merck announced in May it would develop a vaccine from vesicular stomatitis viruses, the same approach it successfully used to produce the only approved vaccine for Ebola. The company is partnering with IAVI.

Merck is also working with Themis Bioscience, an Austrian firm it is acquiring, to develop a second vaccine, which will use the measles virus to carry genetic material into patients’ cells.

Vaxart’s vaccine is an oral tablet containing an adenovirus that delivers coronavirus genes. In June, the American company announced it was preparing for Phase I trials in summer 2020.

Vaccines that use a coronavirus protein or a protein fragment to provoke an immune response.

In May, the Maryland-based Novavax started a Phase I/II trial on a vaccine made up of microscopic particles carrying fragments of coronavirus proteins. The Coalition for Epidemic Preparedness Innovations is investing $384 million in the project.

Clover Biopharmaceuticals has developed a vaccine containing a protein from coronaviruses. The vaccine would be taken in conjunction with a so-called adjuvant, made by the British drugmaker GSK, to further stimulate the immune system. 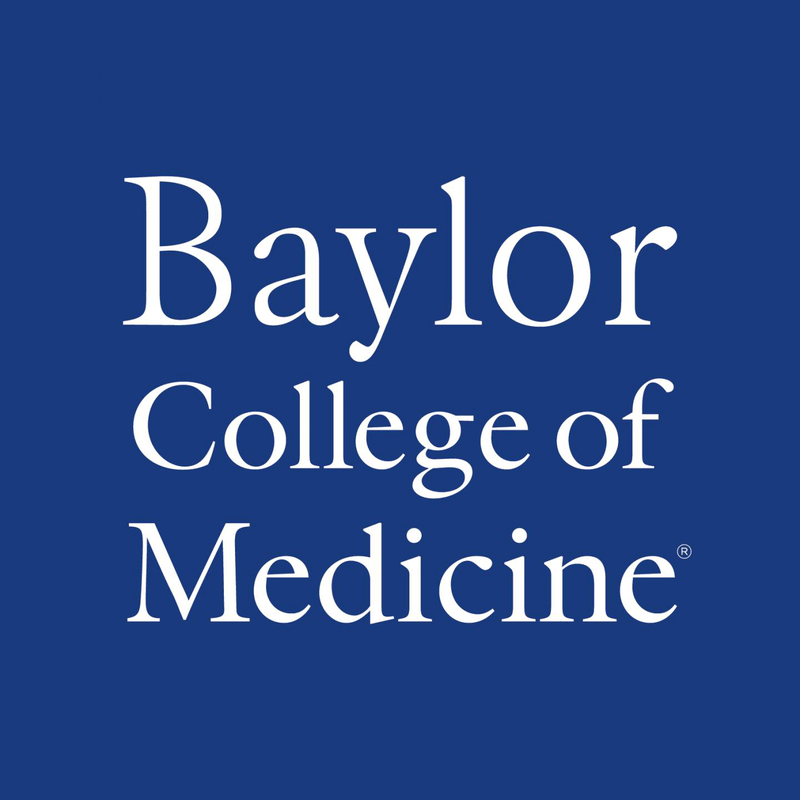 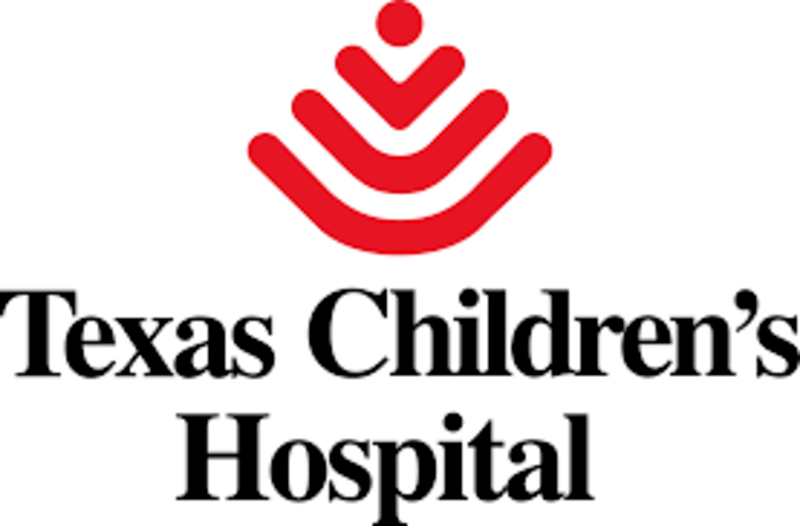 After the SARS epidemic in 2002, Baylor College of Medicine researchers began developing a vaccine that could prevent a new outbreak. Despite promising early results, support for the research disappeared. Because the coronaviruses that cause SARS and Covid-19 are very similar, the researchers are reviving the project in partnership with the Texas Children’s Hospital.

A vaccine in development by the University of Pittsburgh, called PittCoVacc, is a skin patch tipped with 400 tiny needles made of sugar. When placed on the skin, the needles dissolve and deliver virus proteins into the body. 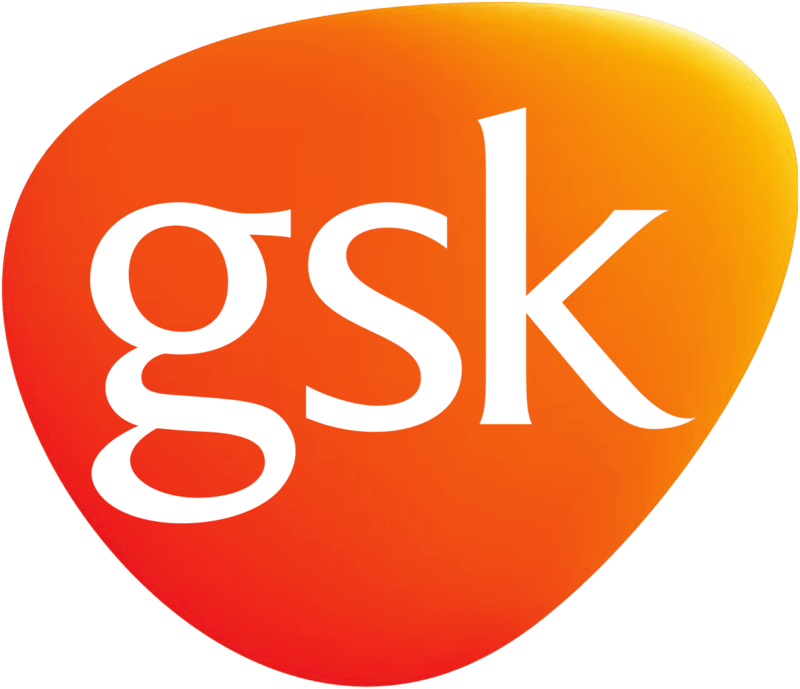 A vaccine from Australia’s University of Queensland delivers viral proteins altered to draw a stronger immune response. In June, the university and the company CSL announced a partnership to start Phase I trials, which could lead to millions of doses a year starting in 2021. GSK is providing an adjuvant to further stimulate the immune system.

The French company Sanofi will produce viral proteins using engineered viruses that grow inside insect cells. GSK will supplement these proteins with adjuvants that stimulate the immune system. Sanofi has said it could produce at least 600 million doses a year if the vaccine succeeds in trials.

Vaccines that use a weakened or inactivated version of the coronavirus to provoke an immune response.

The private Chinese company Sinovac Biotech is testing an inactivated vaccine called CoronaVac. On June 13 the company announced that Phase I/II trials on 743 volunteers found no severe adverse effects and produced an immune response. Sinovac is preparing Phase III trials in China and Brazil and is building a facility to manufacture up to 100 million doses annually. 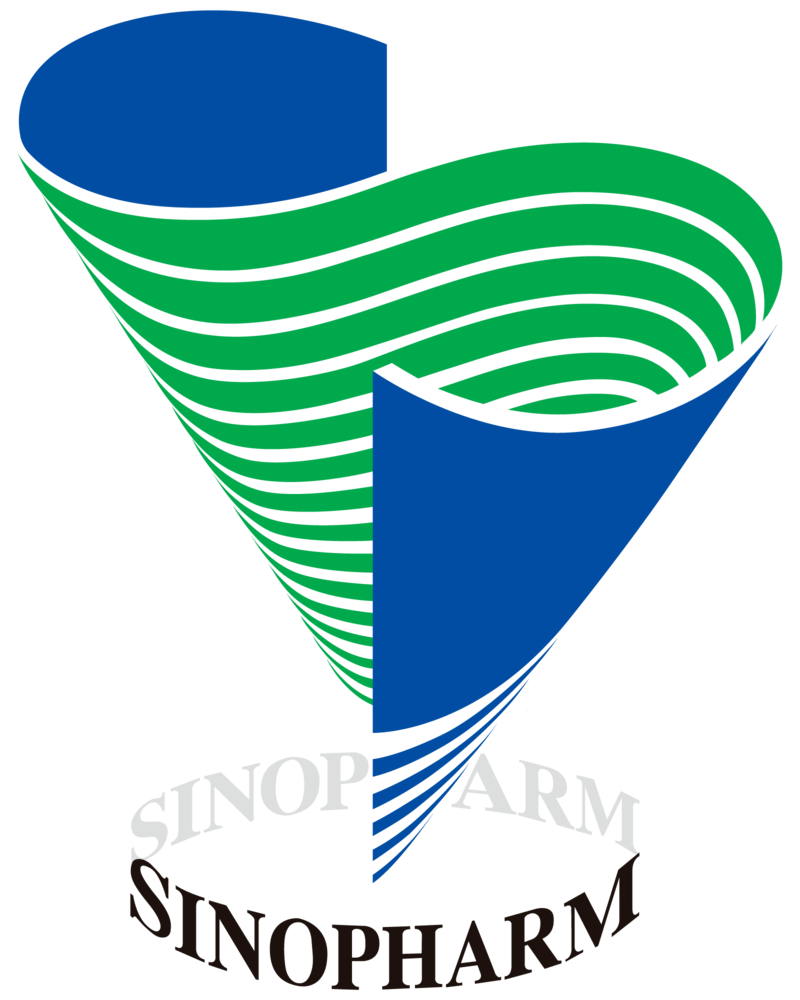 The state-owned Chinese company Sinopharm has started Phase I/II trials on two inactivated vaccine viruses. The company has announced it has built a facility in Beijing to make up to 200 million vaccine doses per year.

Researchers at the Institute of Medical Biology at the Chinese Academy of Medical Sciences, which has invented vaccines for polio and hepatitis A, are running a Phase I trial of an inactivated virus vaccine for Covid-19.

Vaccines already in use for other diseases that may also protect against Covid-19.

The Bacillus Calmette-Guerin vaccine was developed in the early 1900s as a protection against tuberculosis. The Murdoch Children’s Research Institute in Australia is conducting a Phase III trial, and several other trials are underway to see if the vaccine partly protects against the coronavirus.

Vaccines will be added to the tracker when they reach Phase I, and tracked until they succeed or fail. To notify us of updates please email vaccinetracker@nytimes.com.

Previous:3 Stocks to Buy if You’re Worried About The Recession
Next: PayPal’s Reported Interest In Bitcoin Trading Comes Amid Covid-19 Induced Bounce