Is Self Driving Dead? Tesla Gets Sued, Ford Shuts Down Argo AI – But Mobileye IPOs 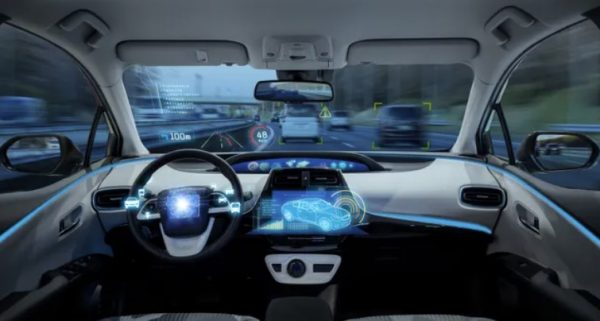 Imagine this morning commute: You’re in the car, sipping coffee with one hand and browsing the morning news with the other. In fact, you’re in the driver’s seat but you’re not steering. The streets are safe and accident-free; traffic flows smoothly. You’re so glad someone invented autonomous cars.

But that vision of a “level 5” — or fully automated — future is still a long way down the road as automakers realize that more reasonable milestones are a better allocation of their capital.

On Wednesday, the automaker reported $37.19 billion in revenue from car sales during the third quarter. But its $827 million in losses were led by costs associated with Argo AI.

Pittsburgh-based Argo AI launched in 2016 with a $1 billion investment from Ford. The company reached $2.7 billion with further investments from Lyft and Volskwagen.

Much of Argo’s initial investment came at a time when self-driving vehicles were seen as the next big step in mobility, and funding for the space flowed in large sums.

Ford CEO Jim Farley added that his company was expecting self-driving cars would be widely available by 2021. Today, raising capital for the self-driving industry has become a challenge, and the company has decided to focus its efforts on other, less ambitious goals within automation.

Level 5 automation means that the passenger can utterly forget about any responsibilities related to driving. But other lower-tier levels also offer value to drivers, like Level 2, where the vehicle performs steering and acceleration but the driver needs to oversee the operation. Level 3 is where the car can perform most driving tasks, but human override is needed in special situations.

“There’s a huge opportunity right now for Ford to give time — the most valuable commodity in modern life — back to millions of customers while they’re in their vehicles,” said Farley. “It’s mission-critical for Ford to develop great and differentiated L2+ and L3 applications that at the same time make transportation even safer.”

Volkswagen, also retreating from Argo, will continue to rely on its software subsidiary Cariad for the development of Level 3 automation.

Ford is not totally abandoning the idea of selling automated cars in the future. Rather, it’s acknowledging that being invested in developing that technology at this time is not profitable enough.

Meanwhile, a new probe by the U.S. criminal justice department in San Francisco and Washington is examining whether Elon Musk‘s Tesla misled customers with its claims about how autonomous its “autopilot” system really is.

The probe is also analyzing the relationship between Tesla’s Autopilot and several car crashes.

According to a report by the Washington Post, more than 270 car crashes occurred in 2021, each one linked to cars running Tesla’s Autopilot feature.

The company allegedly made claims that led consumers to understand that Tesla cars running autopilot were fully autonomous and someone needs to sit in the driver’s seat only for legal reasons.

However, other communications by the company state that the technology is intended to assist with steering, braking, speed and lane changes but it does not make the vehicles autonomous and the driver needs to “keep [their] hands on the steering wheel at all times” and to always “maintain control and responsibility” for the vehicle.

Several other state and federal probes are currently looking into whether Tesla falsely advertised its car’s self-driving capabilities.

Funding a self-driving company today is so hard that Alphabet

, Google’s parent company with more than $124 billion in cash, has pushed its own automated driving subsidiary Waymo to search for capital externally instead of tanking more of its own money into it.

Benzinga’s Take: Like any emerging and disruptive technology, autonomous driving goes through hype cycles. We’re currently experiencing a negative wave led by a larger recession-like environment and a delay in seeing the results that were promised by car manufacturers and other stakeholders.

However, self-driving technology continues to make progress and its potential benefits remain intact, regardless of the spokes in the wheel that the sector is currently experiencing.