When it comes to Netflix (NASDAQ: NFLX), how the stock behaves after earnings hinges on one thing. Sure, investors are interested in continuing revenue growth, and they want to see the contribution margin going in the right direction. There’s curiosity about the average selling price and the depths of the negative free cash flow. We even…

When it comes to Netflix (NASDAQ: NFLX), how the stock behaves after earnings hinges on one thing. Sure, investors are interested in continuing revenue growth, and they want to see the contribution margin going in the right direction. There’s curiosity about the average selling price and the depths of the negative free cash flow. We even want to know the schedule of the new releases and what the most-watched titles are.

But all of that pales in comparison to the single most-watched metric: subscriber growth.

When Netflix released its financial results for the first quarter of 2018, all eyes were on the additions to the company’s growing cache of viewers — and in that regard, investors were not disappointed. 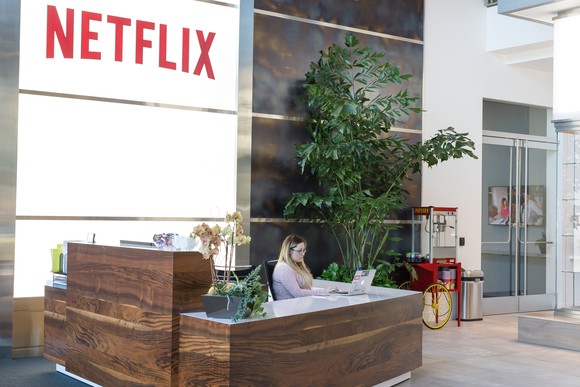 Netflix increased its total net subscribers by 7.41 million, up 50% year over year, and more than a million higher than the 6.35 million the company forecast at the end of last quarter. Analysts had been expecting 6.6 million subscribers, slightly higher than the company’s guidance. This also represented a first-quarter record for subscriber additions.

Breaking that down, Netflix added 1.96 million domestic viewers, soaring past the 1.45 million it guided for. International subs grew at an even faster pace, gaining 5.46 million, vastly exceeding the 4.90 million it forecast. This brought total members to 125 million, up 27% year over year, with 56.71 million in the U.S. and 68.29 million in international markets. 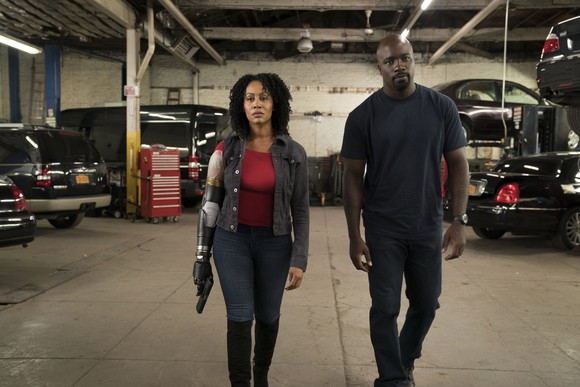 The company shared a number of other points that should be of interest to investors.

This quarter, La Casa de Papel (released as Money Heist in English-language territories), a Spanish-language crime thriller, became the most-watched non-English series on Netflix…ever. The company also pointed out O Mecanismo (The Mechanism), which was inspired by the corruption scandal in Brazil. Netflix said the program is tracking to be one of its most-viewed originals in that country.

Netflix also highlighted its deal with creator Ryan Murphy, the mind behind American Crime Story: The People vs. OJ Simpson, Nip/Tuck, Glee, and American Horror Story. This partnership “comes on the heels of similar deals with Shonda Rhimes, Shawn Levy and Jenji Kohan.” Netflix said, “Instead of having to license their shows … we will own the projects we produce with them.” This ongoing strategy of owning its own content will result in lower costs on a per-subscriber basis, over time.

This quarter, viewers can look forward to watching new seasons of fan favorites like Luke Cage, 13 Reasons Why, and GLOW.

For the upcoming second quarter, Netflix expects to add a total of 6.2 million net new subscribers, with 1.20 million domestically, and 5 million in foreign markets — much higher than the 5.24 million expected by analysts.

The company is forecasting revenue of $3.934 billion, an increase of 41.2% year over year. It also expects operating income of $469 million, more than triple the $128 million in the prior-year quarter. Netflix expects net income of $358 million — more than five times the $66 million in the same period last year. That will produce earnings per share of $0.79. The company is targeting operating margins of 11.9%, up from 4.6% last year.

Netflix keeps providing enthusiastic forecasts, and the company’s “beat and raise” strategy will eventually have to end — but not today.

Something big just happened
I don’t know about you, but I always pay attention when one of the best growth investors in the world gives me a stock tip. Motley Fool co-founder David Gardner and his brother, Motley Fool CEO Tom Gardner, just revealed two brand new stock recommendations. Together, they’ve tripledthe stock market’s return over the last 13 years.* And while timing isn’t everything, the history of Tom and David’s stock picks shows that it pays to get in early on their ideas.

Click here to be among the first people to hear about David and Tom’s newest stock recommendations.