Tesla Motors: ‘Not a Fair Fight’

Tesla Motors: ‘Not a Fair Fight’ 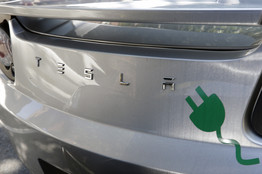 Electric vehicles are inherently better than Internal Combustion (ICE) vehicles. We believe that there are many inherent advantages to Electric Vehicles, and the success of the Model S (Tesla’s first fully-developed vehicle) goes a long way to proving that. The company has many competitive advantages in this technology that will be difficult for the traditional automakers to close, particularly as the industry’s focus must remain on hitting very challenging fuel economy regulations. If Tesla can get to cost-parity with internal combustion vehicles and still offer $1,400-$2,500 per year fuel savings to the consumer, it won’t be a fair fight.

We believe Model S / X base battery costs can come down to $10k- $11k range (from $16.5k today) and the upcoming Model 3 battery could be in the $7,500 range. At that point, Tesla is in range of cost parity to internal combustion vehicles.

Valuation is not as strange as it seems. We initiate with Outperform and a $325 price target that implies a 20x multiple on late-decade EPS estimate of ~$25, discounted back 3 years (volume under this scenario implies 0.5% of global auto market). As success of Model X and Model 3 become more clear, investors will begin to ascribe potential for Tesla to go into the true mainstream market which would increase addressable market by 3x-4x. Ability to capture dealer margin and to charge a significant premium to ICE vehicles (due to the fuel savings) supports margins
significantly above traditional automakers.