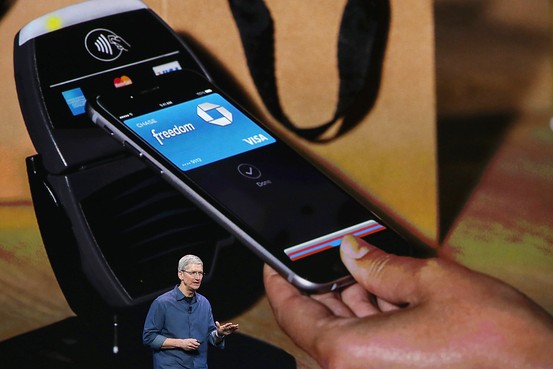 Traders have been stampeding to the options market to grab a slice of the Apple AAPL -0.87% pie.

About 2.97 million Apple Inc. options changed hands on Tuesday, the day of the company’s widely watched unveiling of its new product line. The volume was a new record for Apple and marked the company as the most actively traded in the options market that day, according to Trade Alert.

On Wednesday, 1.72 millions Apple options changed hands, again making them most actively traded options for the day.  About 66% of Wednesday’s trade was in call options.

Apple options were the second-most active on Thursday morning, according to Trade Alert.

The heightened interest in Apple comes after Chief Executive Tim Cook unveiled two larger iPhone models, a new payments system, and a line of smartwatches. The new phones go on sale on Sept. 19.

To be sure, Apple options tend to attract interest even when there isn’t an event, said Steve Claussen, chief investment strategist at OptionsHouse. That’s especially true among retail investors, he said.

“I always tell people to trade what you know, what you use. So Apple obviously falls [at] the top of that list every time,” said Mr. Claussen.

The specific option attracting attention Thursday morning was a call expiring on Friday that gives the holder the right to buy Apple shares at $101. The holders of that call option would stand to profit if Apple shares rose above $101 by Friday afternoon, when the options expire.Options closest to where the stock is currently trading tend to attract the most volume, said Mr. Claussen.