Another Smart-City Utopia Proposes a Shortcut to Self-Driving Cars

Another Smart-City Utopia Proposes a Shortcut to Self-Driving Cars 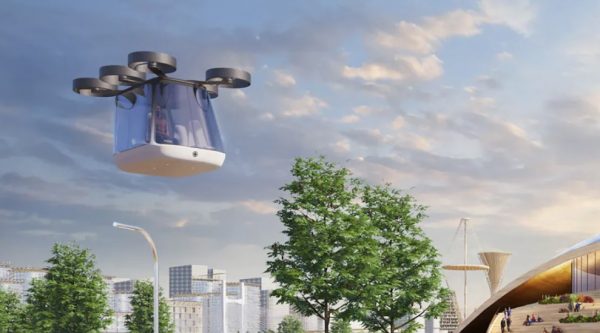 Over the years, MotorTrend and I have covered enough tech and innovation to be convinced that the remaining barriers to self-driving vehicles are primarily legal or political, and secondarily logistical. A new opportunity proposes a potentially easy shortcut: To build a new utopian “smart city” completely from scratch—from the infrastructure and political landscape up—and allow no human-driven vehicles from the start.

Many smart-city utopias are already on global drawing boards today, and you’ve surely heard of a few of them. In Saudi Arabia, The Line is envisioned as a “linear” desert city of 9 million residents measuring 106 miles long by 1,640 feet tall and 650 feet wide.

Here in the U.S., cryptocurrency mogul Jeffrey Burns purchased 67,000 acres in Nevada for $170 million to build an all-electric and completely autonomous blockchain-based utopia called Innovation Park. The land is located near hub facilities of Google, Apple, Switch, and Tesla. Meanwhile, Microsoft founder Bill Gates spent $80 million in 2017 to buy 24,800 acres of Arizona desert to house his smart city, Belmont. In all, experts predict there could be 88 planned smart cities worldwide by 2050.

The City Of Telosa

These electric ground-to-air (G2A) machines will be rhomboid shapes seating two to six or more passengers. They’ll mount to a set of wheels for short, low-speed trips amid pedestrians, bikes, and more on shared roadways. For longer, higher-speed trips, they’ll attach to drone-copter-style rotors or to magnetic levitation pads that engage elevated or subway rails. When not in use, these pods will park themselves underground.

The idea of a geofenced area for self-driving vehicles to operate free of human operator risks isn’t new, nor is the concept of doing it from scratch. So far, there’s no groundbreaking tech here. What really caught our attention was Telosa’s political and economic construct, which Lore asserts will deliver the most open, fair, and inclusive living arrangement in the world. He calls it “equitism,” as it intends to borrow the best aspects of democracy, capitalism, and socialism—primarily by limiting the monopoly effect that private or corporate land ownership typically plays in established cities.

Inspired by themes outlined in Henry George’s 1879 book, Progress and Poverty, the concept hinges on the city purchasing very low-value land and building an infrastructure with the architecture and amenities to attract a forward-thinking and diverse population. Growing demand increases the value of the land. Theoretically, the city then sells the parcels, more than recouping its investment, plowing additional proceeds into an endowment for the population’s benefit.

Lore’s numbers: Acquiring 150,000-200,000 acres costs $400 million to $500 million, which rises to $1 trillion after the city develops it for 5 million inhabitants. The profits are invested in diversified assets to earn $50 billion a year. This could greatly reduce the need for taxes, but “equitism” envisions these monies benefiting the citizenry in the form of advanced social services, health care, education, affordable housing, and programs to “increase the collective happiness and wellbeing of the citizens.”

Lore countered arguments “equitism” is just a riff on socialism or communism on the podcast Business Casual. “It’s capitalism, but it’s returning value creation back to the citizens,” he said. “This is the theory. And the only way to really test it is with a clean slate. Then as we started thinking about building this city from scratch, [we realized] incredible innovations happening around technology enable us to do things we can’t currently do in existing cities—around sustainability, preparing for climate change and autonomous vehicles.”