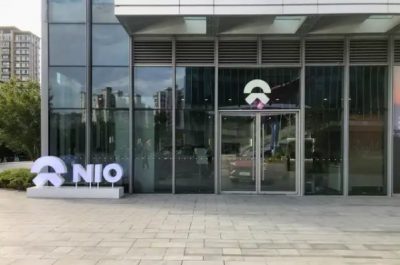 In 2022Q3, NIO’s revenue reached a record high of USD $1.7B, representing qoq and yearly increments of 25% and 38%, respectively. This was primarily due to strong vehicle deliveries of almost 32,000 vehicles, representing qoq and yearly increments of 26% and 30%, respectively. While NIO’s cost of sales as a percentage of revenue was an eye-watering 86%, this percentage is not that different from Tesla’s (TSLA) cost of sales at 81% when it scaled up production to around 40k vehicles per quarter in 2018. It is unlikely that NIO’s cost of sales will decrease substantially in the foreseeable future, as BYD’s cost of sales was 81% in 2022Q3, and the latter automaker delivered more than 8 times as many vehicles in 2022Q3.

R&D expenses are expected to remain elevated in the future as NIO has committed itself to a wide range of products including chips, batteries, phones, and new car models. In the recent earnings call, management estimated quarterly R&D expenses to be around USD $422 million (RMB 3 billion).

Since raising USD $2 billion through an at-the-market offering a year ago, NIO’s cash and ST investments have consistently stayed above USD $6 billion. This suggests that the company has enough cash to expand and fund future development. As a percentage of revenue, share-based compensation (SBC) has been below a modest 5%, implying minimal shareholder dilution from this means.

Year over year, inventory increased 3.6 times and nearly doubled quarter over quarter. In the earnings call, management attributes the dramatic increase in inventory to two reasons:

The second reason is understandable given NIO’s experience with supply chain disruptions. The first reason, however, presents a slightly thornier issue as the new ES8 model, based on the NT2 platform, will be launched on December 24, 2022. It is likely that the EC6 model will also be relaunched on the NT2 platform. Therefore, old ES8 and EC6 models in the inventory will need to be written down or written off in the future. In the grand scheme of things, this is not a major issue, as NIO models are selling well in China.

China has the world’s largest electric vehicle market, more than seven times larger than the United States, which is second. EV adoption in China is likely to exceed 25% by the end of 2022, 3 years earlier than planned by the central government. In this rapidly growing market, NIO is the undisputed segment leader. According to Qin Lihong, co-founder and president of the company, NIO has 78% market share In the RMB 400K luxury EV segment, selling almost 10 times as many EVs as 2nd placed BMW in November.

Combining data from multiple sources, MERICS estimates that the market share of German automakers in China fell from a high of 25% in 2020 to 20% in July 2022. In the fast growing EV segment, Volkswagen, BMW, and Mercedes-Benz held a combined share of only 5.4% in 2021. Volkswagen, through partnerships with Chinese enterprises SAIC and FAW, was the only German entry in a ranking of the top 15 EV makers from January to August 2022, placing 14th and 15th, respectively.

NIO’s success at home was what emboldened it to take on German automakers on their home turf. While it is still too early to tell if NIO’s bold gamble will pay off, early signs are promising. NIO’s ET7 model recently won the Golden Steering Wheel, one of the most prestigious and oldest awards in the automotive industry.

With the EV tax exemption extended to the end of 2023, and the introduction of plans to expand domestic consumption, it is quite possible that China’s EV market will reach 10 million units in 2023. With the launch of 5 new models next year, I am assuming that NIO will be able to increase its market share from just above 2% to 2.5%. In that case NIO will be able to sell 250,000 units domestically, but at a lower average selling price due to the introduction of cheaper models. Further assuming international sales reach 40 000 units, total revenue will be USD $14.6B, yielding a 2023 EV/revenue ratio of 1.21. This ratio is much smaller than Tesla’s, whose EV/revenue ratios (TTM and FWD) are both larger than 5. Therefore, if my projections are correct, there should be a substantial upside for NIO investors.

The same cannot be said for German automakers, for whom deliveries and thus unit economics have been stagnant or in decline since 2017. According to forecasts by S&P Global Mobility, potential manufacturing losses from Europe-based OEM final-assembly plants could reach more than 1 million units per quarter, starting in the fourth quarter of 2022 to the end of 2023. In Germany, a recently introduced cap on gas and power prices may not do much to avert a contraction in industrial output. Recently, S&P Global Commodity Insights found that a reduction in Germany’s aggregate power demand mostly reduced consumption in the industrial sector, not households.

I believe the primary reason is that German EVs are too expensive compared to Chinese EVs, and this value gap is much larger than most investors realize. Take for example, the case of the Mercedes-Benz EQE, a NIO ET7 competitor. Despite a price cut of 9%, US-listed Autohome reports that Benz’s EQE sales in China plunged a further 50% in November (Mandarin article, please use Google Translate). This was despite an estimated 732,000 EVs sold in November, setting a new record for EV sales in China.

By this point, it should be clear that German automakers do not threaten NIO. Instead, Chinese automakers are the primary source of competition.

While NIO’s number of deliveries has been growing in absolute terms, the car maker’s market share has fallen year by year. Since 2020, EV sales have quintupled in China, but NIO’s market share has dwindled from 4.7% to 2.1%. Newer EVs such as the Zeekr 001 and the BYD Seal are selling very well in China and pose serious challenges to NIO’s ET7 and ET5 models, respectively. NIO’s aging flagship ES8 model is threatened by Li Auto’s L9, the category leader in the full-sized SUV segment. Given this level of competition, we can understand why NIO has decided to expand into so many areas simultaneously.

As of November 2022, NIO has outlined plans to develop its own phones, batteries, and chips. Each of these components represents a multi-billion dollar market dominated by companies producing at scale. While NIO has sufficient cash and has no trouble attracting talent, I am not convinced that this is the best way to allocate capital. If the production of self-developed phones, batteries, and chips is tied to NIO car sales, it is quite possible that economies of scale will not be reached before 2025. This suggests that these initiatives are more likely to hinder, rather than speed up NIO’s goal of breaking even by 2024.

A crackdown on the education sector wiped out more than USD $40 billion in market value from US-listed Chinese education companies about a year ago. However, the possibility of a similar crackdown occurring in the EV industry is presently quite remote, as it is stated in the recent 2022-2035 plan that the transition to electric vehicles will be encouraged.

As COVID cases continue to soar in China, another possible risk is the resumption of the dreaded zero-COVID lockdowns that disrupted supply chains and weakened demand. Given that China’s GDP growth this year is likely to fall far short of its 5.5% target, empty local government coffers, and soaring youth unemployment, I doubt the central government has the stomach for more COVID lockdowns.

NIO delivered a strong quarter on the back of record vehicle deliveries. While the cost of sales was high, they were not that different from Tesla’s at the same level of vehicle deliveries. NIO’s operating expenses have ballooned since 2020 and are likely to remain high for the foreseeable future. High opex should not be an issue for NIO in the near future, as cash and cash equivalents of more than USD $6 billion provide ample runway. However, inventory has more than tripled year over year due to the stockpiling of components and surplus ES8 and EC6 models.

Still, NIO’s outlook is positive, as it has a 78% share of the luxury segment of the world’s largest EV market. After beating the German automakers in China, NIO will now press its advantage in Europe and the US. Based on my forecasts, NIO’s 2023 EV/revenue ratio is a modest 1.21, implying a substantial upside for investors.

Editor’s Note: This article discusses one or more securities that do not trade on a major U.S. exchange. Please be aware of the risks associated with these stocks.

This article was written by