The grants, which go to 81 community organizations, result from the law legalizing adult-use marijuana in Illinois. It requires 25% of pot tax revenues help communities suffering from economic disinvestment, violence, and the multilayered harm of disparate weed enforcement. 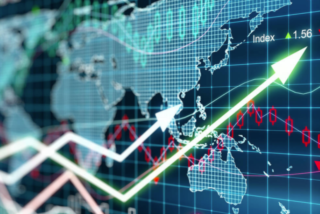 In a move acknowledging harm wreaked on communities of color by decades of disparate weed enforcement during America’s war on drugs, Illinois on Thursday awarded $31.4 million in cannabis tax revenue grants to support rebuilding those communities.

The Cannabis Regulation and Trust Act made adult-use cannabis legal in Illinois starting on Jan. 1, 2020. Under that act, 25% of tax revenues go toward grants impacting communities suffering from economic disinvestment, violence and the multilayered harm of disparate enforcement.

Those revenues funded the Restore, Reinvest and Renew (R3) Program, which announced its first grants Thursday. Those grants will go to 81 groups, ranging from community and faith-based organizations to businesses and local government in designated eligible R3 zones. Recipients were selected by the R3 board, chaired by Lt. Gov. Juliana Stratton; members were recruited from communities statewide.

These first-round awards come amidst complaints the state dragged its feet on doling out some $62 million in funds amassed through the R3 measure.

Board members include criminal justice practitioners and community stakeholders, as well as people who had faced marijuana charges before legalization.

All members received training to recognize implicit bias, along with training on application review. The Justice, Equity and Opportunity Initiative also helped ensure every decision throughout the selection process was made within the framework of equity and restorative justice.

“We made sure that we had town halls and meetings throughout communities to spread the word that you are welcome. And they were attended by hundreds of organizations and people. We wanted to reach out to places that might not have often had an opportunity like this or thought that they were not valued,” Stratton told the Chicago Sun-Times.

“We valued them and reached out. We also included people in this process who had lived experience, who were justice-involved, to talk about what they thought was needed. What I’m proud of most, is not just that the funds are getting to communities, but the way they are getting to the communities — centered on equity,” she said.

“That was the driving point to get us here. And it is exciting.”

The funds include $28.3 million to support service delivery and $3.1 million for assessment and planning initiatives.

Chicago grantees include groups like Communities United, collaborating with the Lawyers’ Committee for Better Housing to offer legal assistance to the poor. Housing stability is considered a key social determinant of health in targeted R3 zones — and an area hugely impacted by the pandemic.

That group will use its grant to reach out to at least 10,000 individuals/families in those zones, offering free legal-aid services to help renters avoid eviction, and court representation to those already facing eviction, as well as intensive short-term case management services addressing those underlying issues that can lead to eviction.

At the Chicago Torture Justice Center, the grant funds will support returning citizens in communities with large populations of formerly incarcerated, particularly Englewood.

The nation’s first and only center dedicated to survivors of police torture will offer trauma-informed resources and holistic healing services to individuals tortured by police — as in the Jon Burge case — as well as to the previously incarcerated trying to rebuild their lives.

Previous:BlackRock Files To Add Bitcoin Futures To Funds
Next: How Apple’s self-driving car plans might transform the company itself