How Biden’s rescheduling of marijuana could affect the US industry 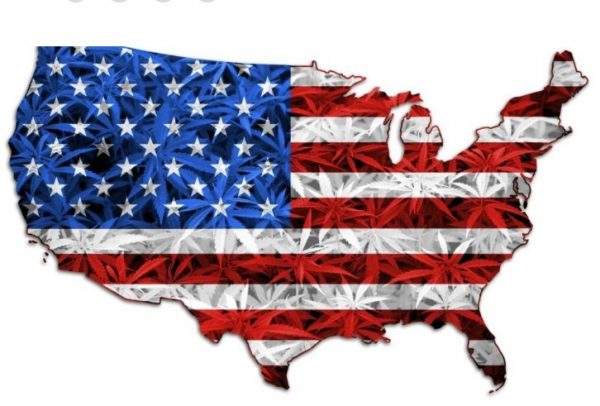 After a half-century in which marijuana endured the strictest prohibition allowed under the law, President Joe Biden has set in motion a process that could lead to revolutionary changes for federal MJ policy.

Both outcomes – and many other scenarios – are all possible under the “administrative rescheduling” process the president activated last Thursday, according to legal and scientific experts.

At the same time, an act of Congress could cancel out whatever recommendations emerge from the Justice Department, the Department of Health and Human Services and the alphabet soup of other federal agencies responsible for drug policy now tasked with reviewing how Washington DC handles marijuana.

“Anyone who says they know what will happen doesn’t know what they’re talking about,” said Andrew Kline, senior counsel in the Denver office of the Perkins Coie law firm and former public policy director at the National Cannabis Industry Association.

“There are just too many unknowns at the moment.”

Under federal law, drugs fall into one of six categories, ranging from Schedule 1 to unscheduled.

And there are the five steps of the Controlled Substances Act (CSA), ranging from most to least dangerous – and restricted.

There are also many substances understood to science as “drugs” that are unscheduled.

These include popular (and potentially deadly) tonics such as alcohol and tobacco as well as the intoxicating hemp-derived delta-8 and delta-9 THC products sold online and in barely regulated smoke shops and bodegas unleashed by the 2018 Farm Bill.

The situation is more complex than some observers realize, but here’s a brief review of the rescheduling process, where marijuana could finally end up and what it would mean for the current and future U.S. cannabis industry.

Background: Since 1970, cannabis has been classified under Controlled Substances Act of the Richard Nixon era as a Schedule 1 controlled substance, the category for drugs with no recognized medical application, “a high potential for abuse and the potential to create severe psychological and/or physical dependence,” according to the U.S. Drug Enforcement Administration.

Other Schedule 1 drugs include heroin, LSD and peyote.

Even in 1970, the move was controversial. In 2022, this situation “makes no sense,” the president noted last week.

Very famously, marijuana has a “lethal dose” so high it’s never been definitively established in humans, while drugs classified as Schedule 2 have a large and growing body count.

Of the 107,622 Americans killed by a drug overdose in 2021, none died from cannabis while 71,238 died from synthetic opioids such as fentanyl that a doctor could theoretically prescribe, according to the Centers for Disease Control and Prevention.

There is also growing recognition that cannabis has medicinal applications, as former U.S. Surgeon General Vivek Murthy suggested in 2015 and as a 2017 National Academies review echoed.

Though the Schedule 1 status creates an infamous Catch-22 – studies are needed to justify a rescheduling, but Schedule 1 makes cannabis harder to study, a confounding logical pretzel Congress has thus far been unable to untangle – it seems certain that marijuana will be removed from this category, experts agreed.

“Schedule 1 is a fiction,” Kline said. “There’s clear evidence of its medical utility and little evidence of the high potential for abuse.

“There’s no question it should be removed,” he added. “The question is where does it go.”

Business impact: Under Schedule 1, marijuana companies are barred from taking traditional business deductions – thanks to Section 280E of the federal tax code. That has put a major crimp on their earnings. Scientific research involving marijuana also faces heavy restrictions.

Background: Schedule 2 drugs are like Schedule 1 drugs, with one exception – clinical application with legal availability through a prescription or under supervision from a physician.

These include Adderall and Ritalin as well as cocaine, methamphetamine, fentanyl and other synthetic opioids.

Schedule 2 – the category sought by a rescheduling petition filed in 1972 by the National Organization for the Reform of Marijuana Laws (NORML) and finally rejected in 1994 – is in a way the cannabis industry’s worst nightmare: legal relief and a relaxation of prohibition but availability only via the arduous and expensive U.S. Food and Drug Administration approval process.

Business Impact: Federally legal marijuana would be “subject to tremendous testing and myriad regulatory requirements that are far beyond what states currently implement,” as The Brookings Institution scholars John Hudak and Grace Wallack wrote in 2015, when recreational cannabis sales were underway in several states in much the same fashion they are now across much of the country.

It would also quite likely still be heavily taxed, as Kline and other experts have said. Section 280E prohibits tax deductions for “trade or business” in Schedule 1 or 2 controlled substances that is “prohibited by Federal law or the law of any State in which such trade or business is conducted.”

Background: Schedule 3 is where drugs with “a moderate to low potential for physical and psychological dependence,” such as Tylenol with codeine, anabolic steroids and ketamine, live.

This is the threshold “where 280E tax exemption is no longer an issue,” said Shane Pennington, a Denver-based counsel with the Vincente Sederberg law firm.

This is also the classification sought after in the thus-far symbolic bills introduced by the Congressional Cannabis Caucus that have died in committee without a hearing. That is no huge tragedy, as they currently do not stand a chance of passage in the Senate.

Yet, as Pennington observed, this also isn’t what most existing cannabis companies would want, since Schedule 3 drugs are also only generally legally available with a doctor’s authority and, thus, some level of compliance with the FDA approval process.

The same is true with drugs in Schedule 4, which have a “low potential for abuse,” such as Ambien, Ativan and Xanax.

Business impact: It’s here that the fundamental problem with using the Controlled Substances Act to regulate marijuana appears, at least in the cannabis industry’s eyes: You can’t get rid of the FDA, and the FDA process isn’t something that the current industry is built to comply with.

“People need to understand that regardless of the schedule, you’re still subject to the FDCA (Food, Drug and Cosmetic Act),” Pennington said.

“The point is that the model is not built for cannabis.”

The implications of Biden’s announcement and the chances for other federal reform will be unpacked immediately after the midterm elections at MJBizCon, Nov. 15-18. Catch the post-election analysis for the inside scoop on what’s possible and the implications for cannabis business opportunities.

Schedule 5: over the counter, or unscheduled?

Background: Schedule 5 drugs are still FDA-approved and regulated, but they are sold over the counter in pharmacies, supermarkets, gas stations and convenience stores like low-codeine cough syrup.

That’s exactly where most big cannabis companies would love to have their products appear – except, as Pennington pointed out, Schedule 5 products are not considered recreational or adult use.

These include cough syrup formulations.

In that analysis, no place on the Controlled Substances Act is appropriate for marijuana at all, though most observers agree that a complete removal from the CSA is something federal authorities are unlikely to recommend.

Business impact: Better from a C-suite and investors’ point of view would be total removal from the CSA – the legal status enjoyed by delta-8 and delta-9 THC products (though some states currently ban hemp-derived products sold outside their state-regulated cannabis industries).

Rescheduling, then, “would have some benefits but could unintentionally impact the 37 state medical (marijuana) programs which could effectively be dismantled were it placed into Schedule 2 or 3,” said David Holland, a New York City-based cannabis attorney.

“There would need to be a tremendous amount of federal regulation and that would only permit medical usage, not responsible adult usage.”

What Biden might have unleashed could turn out to be “an unintended shock wave were rescheduling undertaken, rather than descheduling, which would allow the states to decide the issue of medical legalization and how it may be used in each state – medically and/or recreationally,” Holland said.

It could also just as easily lead to an end of federal prohibition packaged with U.S. regulations so onerous that newly burdened big firms disappear and cede marijuana to something like the state-recognized small cooperatives that thrived in the early days of medical cannabis.

About the only thing known is that Biden – in making the most consequential step on federal marijuana policy of any president since Nixon – has unleashed a very long, very complex and very unpredictable force on the world that might yet wreak unintended havoc.