Inside the $455 billion U.S. investment in electric vehicles

Inside the $455 billion U.S. investment in electric vehicles

The United States private sector makes up for nearly a quarter of the $860 billion in global EV investment announcements through 2030. Funding opportunities via legislation more than double that figure. 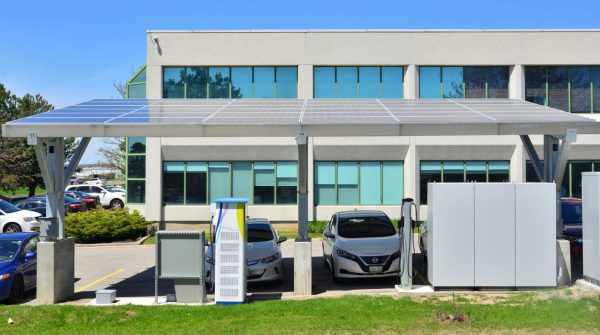 Electric vehicles (EV) are set to take over as the leading transportation technology, as automakers around the world have announced investments approaching $1 trillion through 2030.

A report by Atlas EV Hub is tracking the announcements worldwide and has found that roughly $860 billion has been raised to build out EV manufacturing and charging infrastructure. Nearly one fourth of this is represented by the United States, which has $210 billion in major automaker and infrastructure projects planned.

At the end of 2020, the U.S. was falling behind other major markets, having announced $51 billion in domestic EV and battery manufacturing, less than half of the $115 billion China announced at the time. However, following the passage of the Infrastructure Investment and Jobs Act and the Inflation Reduction Act (IRA), the United States has supercharged its EV push.

As of the end of Q3 2022, Europe leads with $238 billion announced, followed by the United States and Asia Ex-China each with $210 billion, $199 billion in China, and $10 billion outside of these regions (including Mexico, Canada, and Australia), reports Atlas EV Hub.

Since the beginning of 2021, investments have totaled over $150 billion, said Atlas EV Hub. This investment is supported by $83 billion of loans, grants, and tax credits set forth in new legislation. It was also boosted by a 40% increase in U.S. EV sales in 2022.

This includes $8.1 billion in grants and $25 billion of loans specifically to produce low or zero-emission vehicles or batteries. The IRA includes $10 billion in tax credits for a variety of manufacturing facilities, including EV and battery manufacturing facilities. In total, between both laws there is at least $145 billion of funding for which EV charging projects could be eligible, said Atlas EV Hub.

“With more than $245 billion eligible for EVs from IIJA and IRA and $210 billion in private investments already announced for EV and battery manufacturing, the United States is poised to become a global leader in the EV transition,” said Nicole Lepre, Atlas EV Hub.