Morgan Stanley on Tesla: We are big believers in Tesla’s strategy

“We are big believers in Tesla’s strategy and stand firmly by our claim that it is the world’s most important car company,” Mr. Jonas said. 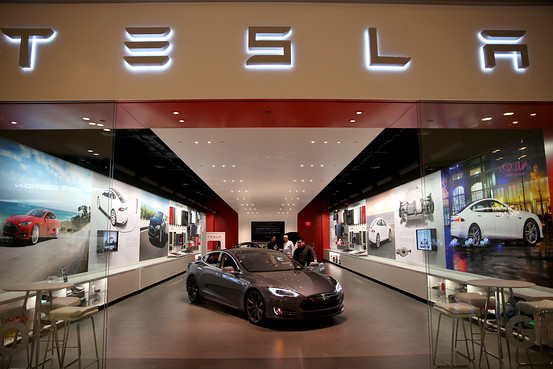 “We believe the shares are worth $320, but perhaps not so quickly and not for some of the reasons we believe are driving the market,” Morgan Stanley analyst Adam Jonas wrote in a note to clients. He added that he doesn’t foresee the stock appreciating “so consistently and one-directionally from here.”

In early September at a news conference in which Tesla confirmed it would build a $5 billion battery factory in Nevada, Mr. Musk waved a caution flag on Tesla’s stock. “I think our stock price is kind of high right now, to be totally honest,” Mr. Musk said at the time. “If you care about the long term, Tesla, I think the stock is a good price. If you look at the short term, it is less clear.”

Now Morgan Stanley–which raised its price target to $320 from $153 in February–said it felt Tesla’s summer rally had gotten “a bit ahead of itself.” The firm’s analyst, Mr. Jonas, offered four “sobering factors” for investors to consider.

Struggling electric vehicles: “Tesla aside, nearly the rest of the auto industry’s efforts to successfully commercialize pure electric propulsion have fallen well short of the mark,” Mr. Jonas said. Many of the world’s biggest car makers have put “major electric-vehicle development on ice,” he added. ” Thankfully, Tesla is developing products that sell on attributes of consumer experience and sheer driving pleasure and are not dependent on government incentives. But the shot across the bow won’t help the debate.”

China demand: ” Tesla is not interested in achieving short term profitability at the risk of disappointing new customers, particular in the world’s largest, fastest growing car market,” Mr. Jonas said. “We believe demand for the model S and X in China will far outstrip Tesla’s ability to meet it, perhaps for many quarters or years to come.”

Democratization of electric vehicles: “Gigafactory benefits should be expected to make the Model 3 a better product, not a cheaper product,” he said. “We view Tesla as a niche player, not a mass manufacturer. We increasingly find investors with volume expectations far above our own.”

The end of driving?: “Our 15 year [discounted cash flow] coincides with the end of human driving and the dawn of crowd sourced mobility and mega fleets,” Mr. Jonas said. “Assuming people even buy cars at all, what will determine Tesla’s strategic and competitive advantage as a provider of mobility?…The rules are changing and at least some incumbent [auto makers, such as BMW] are not falling asleep at the (disappearing) steering wheel.”

But make no mistake, Morgan Stanley is far from bearish on Tesla. The firm is sticking with its overweight rating and $320 price target on the stock despite its cautionary note.

“We are big believers in Tesla’s strategy and stand firmly by our claim that it is the world’s most important car company,” Mr. Jonas said.

Previous:Why your Alibaba bet may be better placed on Yahoo
Next: Alibaba boosts IPO as demand strengthens