Who engages in massive trades in penny stocks on the industry’s own “chill list”?

And what happens when you sell a stock you don’t have?

Victimized investor Chris DiIorio finds the answers in plain sight and wonders why no one else seems to care.

David Dayen, a persistent chronicler of how oligarchs exploit the financial system to enrich themselves at the expense of others, writes about Chris DiIorio, a stock analyst who for 10 years has obsessively investigated how exactly he came to lose $1 million on one penny stock. A remarkable story ensues. 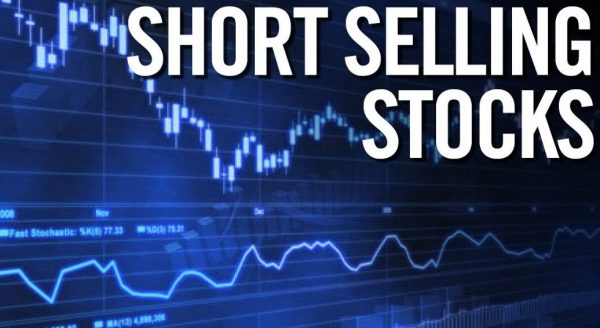 A few years into his personal quest to understand how he had lost a million dollars on a penny stock, Chris DiIorio developed a sweeping hypothesis involving Knight Capital, the mammoth brokerage company that frequently traded in them. Knight earned $333 million in pre-tax profits in 2008, and another $232 million in 2009. But DiIorio didn’t think Knight was making that kind of money simply from executing transactions for clients. As a market maker, Knight was in the rare position of being able to legally sell a stock it didn’t have (the principle being that it will get that stock soon, so no worries). That’s called naked shorting. It’s illegal when regular people do it. DiIorio suspected that Knight, either on its own behalf or on behalf of clients, made a practice of artificially increasing the number of shares available in a stock through naked shorting, thereby depressing the price.

His suspicion grew when he noticed that Knight often traded in securities that were red-flagged on the Depository Trust Company’s “chill list.” The DTC is an obscure financial industry-owned company that manages the custody of more than $1 quadrillion in securities annually, recording the transfers with journal entries and guaranteeing the trade. The company makes it easy for people to buy and sell securities without needing to exchange paper stock.

But when the DTC senses trouble, it will stop clearing trades on a stock temporarily. A chilled stock can still trade — as long as the market participants handle the physical certificates themselves. But it can be a sign that something is gravely wrong. The DTC states on its website that it chills stocks “when there are questions about an issuer’s compliance with applicable law.”

That doesn’t stop Knight from buying and selling them, though. Its chief legal officer, Thomas Merritt, acknowledged at a 2011 Securities and Exchange Commission roundtable that the company actively traded chilled stocks, saying that as long as the security still trades, “we are going to be involved in that business.” And DiIorio found numerous examples of Knight trading chilled penny stocks.

“I didn’t know they did that,” said Jim Angel, a Georgetown University business school professor. “I’m kind of shocked to think that Knight would be working with paper stock certificates.”

He suggested that Knight might simply want to accommodate customers trying to get out of chilled stocks. “Or maybe they feel there’s enough interest in a security that they can trade profitably, even if they have to shuffle the certificates.” Because most other market makers flee chilled stocks, however, this means Knight can assume even more control over the stock price.

The thing about naked short sales is they can’t stay naked forever. Even if you don’t have the stock when you sell it, at some point it is expected that you hand it over. And even with its market-maker exemption, Knight is required by SEC rules to eventually deliver the shares in a naked short transaction to the buyer and close out the trade. Not doing so results in a “fail to deliver,” which DiIorio describes as the securities version of an IOU. And that IOU comes with rules: Under the SEC’s  Regulation SHO, short sellers have to cough up the stock within one day of incurring the fail. Routine failures to deliver can lead to fines by the SEC, or even a ban from the securities markets.

Instead of complying with the rule, however, DiIorio alleges that Knight circumvented it by manipulating an obscure process within the machinery of the nation’s clearing system known as the “Obligation Warehouse.”

This service facilitates the matching of self-cleared trades (often known as “ex-clearing”) that don’t go through the DTC —  for instance if the stock was chilled.

The Obligation Warehouse instead simply asks the buyer and seller of these ex-cleared trades if they “know” the transaction. If they both agree, the trade gets confirmed with a journal entry — and the buyer receives their stock purchase. It actually shows up in the buyer’s brokerage account. The trades still have active IOUs, but according to DiIorio’s theory, buyers wouldn’t clamor for the trades to be closed because they would’ve already received their purchase.

If true, this would allow Knight to bury its naked short trades. “They set up a shadow clearing system,” DiIorio said.

Furthermore, DiIorio recognized what he considered a persistent cycle in the stocks Knight traded. After being beaten down through what he suspected was naked shorting, they would often engage in a reverse stock split or reverse merger, like E Mobile did with Best Rate Travel in the trade that ended up losing DiIorio over $1 million.

This, he observed, could enable Knight to rerun the scheme over and over again, pummeling the stock price and then letting it move back up like a yo-yo.

Laura Posner of the New Jersey Securities Commission said constant reverse splits would require a coordinated relationship between the penny stock issuer and the broker-dealer. “I know that there are situations in which fraudsters will take advantage of a stock split to commit fraud,” Posner said. “But it’s different than a typical pump-and-dump, where you don’t have to have a personal relationship.”

Alternately, the cycle could be a cat-and-mouse game playing out between the short sellers and the stock issuers. Hawk Associates, a consulting firm to small companies, recommends that penny stock issuers victimized by naked shorting engage in reverse mergers and/or reverse splits to stop the rapid degradation of their stock price. “It may be useful as part of a larger strategy to deter naked shorting,” the firm writes on its website. “This may be more trouble than it’s worth, however. Once the new shares are in circulation, there’s nothing to stop a new round of naked shorting by determined parties.” Knight’s involvement with suspicious stocks following this same pattern kept cropping up.

For example, NewLead Holdings (NEWL) — a shipping company with a mining concern on the side that was accused in federal court of having “no coal mines, no coal, and no ability whatsoever to engage in the coal business” — engaged in 1-1,125,000 worth of reverse splits over nine months in 2013 and 2014, meaning that 1,000 shares prior to the splits were equivalent to 0.0008 shares afterward. NewLead did another 1-300 stock split just this spring; it now trades as NEWLF, at 0.00030 as of August 23. Its 2015 annual report admits, “There is substantial doubt about our ability to continue as a going concern.”

FreeSeas (FREE), another penny stock, did a 1-60 reverse split on January 15 of this year, and then another 1-200 split on April 13, changing its stock symbol to FREEF. The company has engaged in seven reverse splits in the last five years; someone with 900 million shares five years ago would have one share today, trading at less than a penny. The company’s annual report says it currently has no employees. Private equity firm Havensight Capital made an alleged bid to purchase FreeSeas in June at $0.43 a share, about 80 times its price at the time of this writing, which FreeSeas called “false and misleading.”

While one might think this cycle of splits and price declines would trigger red flags with federal regulators, Joseph Borg of the Alabama Securities Commission doubted they would pay attention. “It’s like asking the SEC, of all the 35,000 private placements issued, you look at how many? And if they were telling the truth they would say we’re putting them in a drawer,” Borg said. “Anything like that on miniscule levels, they just get filed away.”

Furthermore, while there are “circuit breaker” rules preventing short sales when a stock loses more than 10 percent of its value in a day, these swings were more gradual. Knight made a lot of money on these plays, not just from the spread in trading profits, but because it often traded on its own account rather than on behalf of customers, DiIorio concluded. When the stock dropped, Knight got rich from the short. And it could rerun this repeatedly

“He’s got a theory that, without studying it, I see theoretically where he’s going with it,” concluded Borg. “It’s an interesting idea.”Knight is now known as KCG. Its spokesperson Sophie Sohn declined to comment when asked about this and other matters. Attempts to reach spokespeople at FreeSeas have proven unsuccessful. Elisa Gerouki, corporate communications manager at NewLead, asked me to prove I wrote for The Intercept; after I did so, Gerouki failed to respond to questions.

Where Naked Shorts Go to Die

DiIorio also spotted a significant, seemingly toxic byproduct of this sort of activity.

Reverse mergers and reverse splits typically result in a change in the CUSIP, the nine-digit identification symbol assigned to a public stock.

Once that CUSIP changes, the naked shorter has no apparent way to close out the naked short position. No stock under the old CUSIP number exists anymore; it all automatically converts to the new CUSIP. Those trades can sit in the Obligation Warehouse forever, in theory. But the “aged fails” — essentially orphaned naked short transactions — remain on the naked shorter’s balance sheet as a liability to be paid later.

By DiIorio’s reckoning, then, the cycle of naked shorting and reverse splits would inevitably result in an ever-increasing number of aged fails. And if that was happening, and those liabilities grew bigger and bigger, then federal regulators could see the outlines of the scheme on any financial statement. DiIorio believed Knight accounted for its aged fails in the “sold not yet purchased” liability on its balance sheet. That’s supposed to be an inventory of stocks for use in future market making, which goes up and down as orders are filled. But DiIorio says it was a hiding place for a billowing structural liability. And consider this: According to its own financial reports, Knight’s “sold not yet purchased” liability jumped from $385 million at the beginning of 2008 to $1.9 billion by mid-2011.

Jim Angel, the business professor, said there could be other explanations — such as Knight’s growth as a company during that period — for why the “sold not yet purchased” liability ballooned. But, he said, market makers are typically “in the moving, not storing, business, and like to keep their inventories as small as possible.” DiIorio had no such doubts. He saw the fact that Knight was blowing a hole in its own balance sheet as undeniable evidence of the naked shorting play. KCG spokesperson Sophie Sohn was asked specifically about that claim and declined to comment. If DiIorio was correct, Knight was driving penny stocks down over and over again with naked shorting, then not actually closing the trades, and racking up enormous paper liabilities.

This was even more complicated than he thought. It was time to call the cops.