Armed Robberies Of Weed Shops At All-Time High In WA State, Too Much Cash On Hand Makes Workers Sitting Ducks

Armed Robberies Of Weed Shops At All-Time High In WA State, Too Much Cash On Hand Makes Workers Sitting Ducks 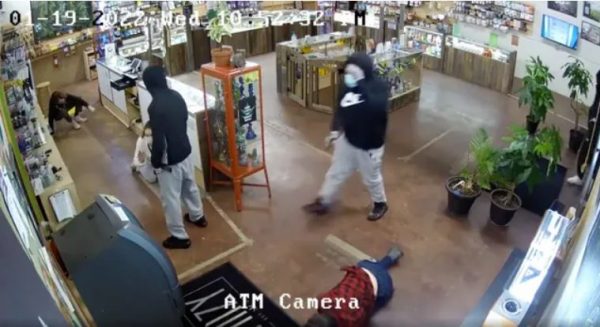 A full decade after Washington State legalized adult-use cannabis, the industry is still dealing with the lack of access to banking, which among other inconveniences forces dispensaries and weed shops to handle all of their business in cash only making them targets for robberies and violent crime.

Washington, one of the worst-hit states, reported at least 100 armed robberies in 2022, the most in the past 10 years, according to a tracker run by Uncle Ike’s, which has kept an informal tally self-reported by businesses and other reports since 2017. Robberies at retail cannabis shops are not formally tracked statewide by the Washington State Liquor and Cannabis Board. The tracker paints a comprehensive picture of robberies reported to local police departments, noted the Seattle Times.

Crimes have become increasingly violent with the first robbery killing of a retail employee recorded this year at a Tacoma cannabis store in March.

Touch Cannabis? No Banks For You

It’s not that the banks don’t want to accommodate the billions of dollars weed generates annually or that they don’t like the nearly a half-million people the industry employs. They cannot do either because cannabis is still a federally illegal substance. As such, the industry has no access to financial institutions for loans, capital, regular bank accounts or credit cards. Without access to these services, retailers are left to handle large amounts of cash on hand, making them sitting ducks for robbers.

“There’s probably more cash at cannabis stores than there is at your bank,” said Adán Espino, executive director of Craft Cannabis Coalition.

Vicki Christophersen, executive director of the Washington CannaBusiness Association says the industry is part of a larger trend in increased robberies.

“The difference for us though is because of the presence of so much cash, and in some cases because of the type of product we’re selling, it’s very attractive to folks,” she said.

Cannabis banking reform would go a long way to solve this deadly problem, which by the way is not limited to Washington State.

The most recent effort to achieve cannabis banking was a much-anticipated last-ditch effort by Senator Chuck Schumer who had hoped to include the Secure and Fair Enforcement Banking Act (SAFE) in the $1.7 trillion funding bill, but that did not happen.

Combined with the continued presence of a booming illicit market, licensed pot shops are facing challenges that at times seem unsurmountable.

“These illicit ‘cartel operations’ still exist and they are not only stealing cash, they are also stealing products — growers too have definitely had robberies,” Espino said.

Just imagine the results you would get if you had a full-time trader whispering what to buy and sell in your ear. Even a trading account with $5000 could have the potential to net upwards of $3000 in profit in the last 14 days if you had joined Chris Capre’s Trade Alert Signals… Take a look some example trades below…

For a limited time only, we are giving access away for practically nothing… All it takes to get instant access to his next trades is $0.99. Click Here to Get Immediate Access to His Next Trade Signals

Time is running out… to get access to our #1 rated options trading alerts for only $0.99. Think of all the things you buy that are more than $0.99, perhaps an extra cup of coffee, or a subscription to a streaming service. But ask yourself, are those purchases really driving you to build wealth or distract you from your goals? If you are reading this then you are most likely interested in earning more to secure your financial future for your family. Click Here to Start getting Real-time Options Trade Alerts from Full-time Trader Chris Capre for Only $0.99!  ⭐⭐⭐⭐⭐