Elon Musk has a successor in mind to be Tesla CEO

Elon Musk has a successor in mind to become the next Tesla CEO, according to new comments from Tesla board member James Murdoch. 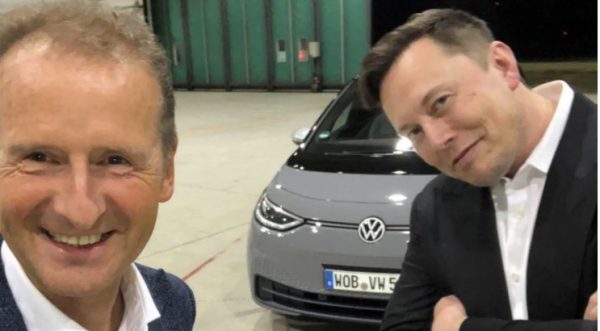 Musk has always had a strange relationship with his role as CEO of Tesla.

He undoubtedly has had an incredible impact on the company, which is widely credited for significantly accelerating the auto industry’s transition to electric vehicles, but he originally didn’t want to be CEO.

Musk took over during a transitional period at Tesla that saw two CEOs – neither of which lasted for long – in 2008-2009 after co-founder Martin Eberhard was ousted amid difficulties in delivering the Roadster.

At the time, Musk put all his remaining cash from the sale of Paypal into the struggling automaker and took over as CEO.

It took about a decade of struggling, but over the last few years and under Musk’s leadership as CEO, Tesla has become the most valuable automaker, and it can now produce millions of electric vehicles per year.

Over the years, Musk has talked about eventually stepping down as CEO and focusing on his other roles at Tesla, which include “product architect.” However, the CEO suggested that shift back in the days when he was still chairman of Tesla’s board, a role that he lost as part of a settlement with the SEC.

The South Africa-born engineer said that he would “always be with Tesla,” but it would not necessarily be in the role of CEO.

This possibility of Musk stepping down as CEO of Tesla has been in focus lately due to the fact that he added even more work to his plate with the acquisition of Twitter.

On top of the Twitter acquisition, Musk’s $54 billion compensation plan for his role as CEO of Tesla is currently on trial after an investor sued the company claiming that it wasn’t necessary to retain Musk at Tesla, and also over concern about Musk’s control over the Tesla board of directors around the time the compensation package was approved.

Tesla board member James Murdoch was on the stand today during the trial and made an interesting comment about Musk’s future as Tesla CEO.

The director didn’t specify who, but he did suggest that Musk mentioned the person in a somewhat recent conversation.

Tesla was rumored to have previously offered the role of CEO to Herbert Diess before he became CEO of Volkswagen. Diess recently left Volkswagen, and the long-time auto executive, who is known to have a friendly relationship with Musk, has yet to announce his next project.