NEW YORK (TheStreet) — GoPro (GPRO) shares are up 0.45% to $76 in after-hours trading on Wednesday following reports that the action camera company will be entering the Chinese market through Alibaba (BABA) later this month.

The news was first tweeted by Brightwire reporter Ding Chenjie.

STOCKS TO BUY: TheStreet Quant Ratings has identified a handful of stocks that can potentially TRIPLE in the next 12 months. Learn more.

Chenjie posted on twitter, “#GoPro to officially enter China later this month, guess where? #Alibaba.”, though in follow up tweets she said that the announcement has not been made official yet.

Earlier this year the company reported that it expected to have a strong holiday season, forecasting earnings between 65 cents and 69 cents per share, ahead of analysts expectations of 55 cents per share for the period. 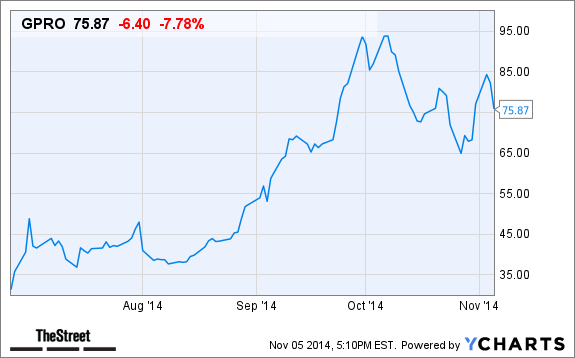