The German automaker is considering getting rid of the naming convention on its EV lineup, including the EQS and EQE. The reasoning is that since everything’s already going electric at Mercedes, the branding may not be needed. 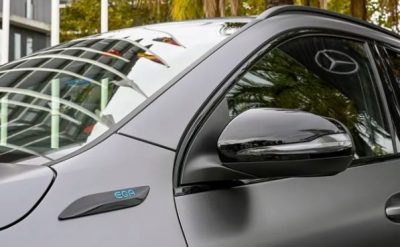 Well, that was quick.

After just a few years on the market, Mercedes-Benz’s “EQ” brand for electric vehicles — which currently includes the EQS, EQE, and a host of others coming soon — may be on the way out. The news was first reported by Germany’s Handelsblatt daily newspaper and has since been confirmed by Reuters and other outlets.

While it may seem abrupt, this doesn’t mean Mercedes is giving up on electric cars — very much the opposite. The outlets report that since Mercedes’ goal is to go fully electric by 2030 with no new internal combustion engines or platforms released after 2025, the different branding has become unnecessary.

While it may seem abrupt, this doesn’t mean Mercedes is giving up on electric cars

Jan Weber, a spokesman for Mercedes-Benz, was somewhat cagey in an email statement to The Verge.

“With the EQ models, we address customers who feel particularly addressed by progressiveness and innovative strength in the field of e-mobility,” Weber said. “With the aim of becoming fully electric from our parent brand Mercedes-Benz by the end of the decade, we will adapt the positioning of the vehicles and thus also the use of the brand in a contemporary way, but it is still too early for details.”

Weber declined to elaborate on whether this decision affects all of Mercedes’ markets globally or just some of them. (A Mercedes-Benz spokesperson in the US didn’t immediately respond to a request for comment.)

But Weber’s statement is also not a hard no, either. This seems like a plausible course for an automaker that’s made awkward attempts to marry the EQ branding with the models it’s already known for. There’s a sedan and an SUV both named the EQS, for example — same with the EQE. And since the Silver Arrow is dumping internal combustion anyway, presumably these eventual all-electric models could be simply named E-Class and S-Class and so on.

Mercedes first introduced the EQ branding in 2016, which feels like a lifetime ago now that the car industry is deep into an EV arms race. At that year’s Paris Motor Show, then-Daimler CEO Dieter Zetsche — dumping the standard dark suit for a startup-vibe blazer, jeans, and sneakers — announced the company would build 10 new EVs by 2025. He kicked this plan off by unveiling the Generation EQ concept, a compact crossover that went into production in 2019 as the EQC. Like a lot of early attempts at EVs, the EQC (which hasn’t been released in North America) was adapted from an internal combustion vehicle. Future Mercedes EVs will be built on dedicated, from-the-ground-up EV platforms.

At the time, Zetsche’s announcement was a sea change for the German automaker. With the entire auto industry rocked by Volkswagen’s diesel cheating scandal, car companies — European ones in particular — finally started to take battery-electric vehicles seriously and began announcing plans for aggressive lineups to take on newcomers like Tesla. Zetsche left the Daimler CEO post in 2019, and his successor, Ola Källenius, may not have seen the need for EQ-specific branding on electric cars long term.

In other words, the day may soon come when a G-Class SUV that runs on batteries will be your only choice, so what’s in a name?