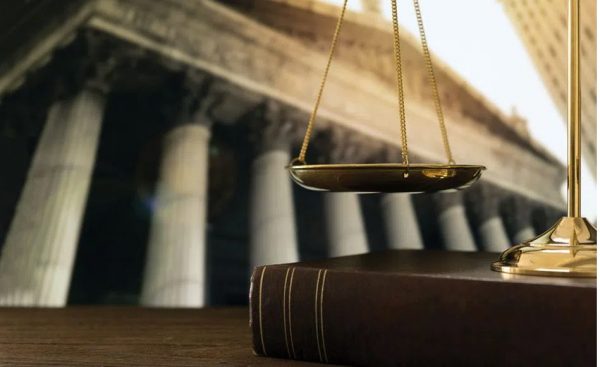 The defendants allegedly disseminated false and misleading information to their collective 1.5 million Twitter followers to hype interest in certain securities while secretly planning to sell shares at artificially elevated prices, the DOJ charged.

Eight men who promoted themselves as stock-picking gurus are facing civil and criminal charges for allegedly coordinating a long-running pump-and-dump scheme on social media.

To their collective 1.5 million followers on Twitter, the defendants disseminated false and misleading information to hype interest in certain securities while secretly planning to sell shares at artificially elevated prices, according to the Department of Justice for the Southern District of Texas. The scheme allegedly made the group at least $114 million from January 2020 to April 2022.

In addition to Twitter, the defendants ran an online community for do-it-yourself investors called Atlas Trading and used a chatroom at Discord, a voice and video chat app, to further encourage followers to purchase the chosen stocks, the complaint states. Podcasts and YouTube videos were also allegedly used to promote the group as stock-picking experts, make claims about a stock’s price targets and encourage the audience to purchase them.

The defendants sometimes used Discord to discuss their manipulation of stock prices over voice chats they believed were private but were actually being recorded, according to the complaint.

“As some use advances in technology and social media to prey upon the public, our office will be on the cutting edge of prosecuting this area of fraud,” Alamdar Hamdani, U.S. attorney for the Southern District of Texas, said in a statement.

The group includes Perry Matlock, Edward Constantin, Daniel Knight and John Rybarcyzk of Texas; Thomas Cooperman and Gary Deel from California; Mitchell Hennessey in New Jersey; and Stefan Hrvartin in Florida. A federal grand jury has charged each with one count of conspiracy to commit securities fraud.

“Securities fraud victimizes innocent investors and undermines the integrity of our public markets,” Kenneth Polite Jr., assistant attorney general of the Justice Department’s criminal division, said in a statement. “As these charges demonstrate, the department will continue to prosecute those who defraud investors by spreading false and misleading information, including over social media, to line their own pockets.”

The Securities and Exchange Commission filed a parallel complaint in the Southern District of Texas seeking permanent injunctions, disgorgement, prejudgment interest and civil penalties against each defendant for charges of securities fraud. The SEC is also seeking a penny stock bar against Hrvatin and made additional charges against Knight for aiding and abetting the alleged scheme by using a podcast to promote the other defendants as expert traders while trading in concert with them.

“The defendants used social media to amass a large following of novice investors and then took advantage of their followers by repeatedly feeding them a steady diet of misinformation, which resulted in fraudulent profits of approximately $100 million,” Joseph Sansone, chief of the SEC Enforcement Division’s market abuse unit, said in a statement. “Today’s action exposes the true motivation of these alleged fraudsters and serves as another warning that investors should be wary of unsolicited advice they encounter online.”

In August, the North American Securities Administrators Association warned investors to use caution when considering advice from financial influencers, or “finfluencers,” on social media who aren’t subject to the same regulations as licensed financial professionals.

The case is interesting for financial advisers because it proves that the SEC is keeping an eye on social media activity and taking action against offenders, said Max Schatzow, a co-founder and partner of RIA Lawyers.

What separates these defendants from financial advisers who use Twitter to talk about investment opportunities is the coordinated strategy they allegedly used to manipulate stock prices, but it’s important to keep in mind that regulators are watching.

“They are either getting reports of activity on social media, or hearing from whistleblowers, or they are just out there constantly scanning the space,” Schatzow said.