MCW Energy Group Limited is a Canadian-registered holding company, publicly trading on the TSX Venture Exchange (Symbol:  MCW) and the OTCQX trading platform (Symbol:  MCWEF). Offices are located in Toronto, Ontario, Canada, Century City, California and its initial plant location in Vernal, Utah. MCW is focused on value creation of proprietary technologies for the environmentally-safe extraction of oil from oil sands and oil shale deposits, with an initial focus on Utah and its first oil sands lease in Asphalt Ridge

MCW has a breakthrough, environmentally-friendly, proprietary oil sands extraction technology which is suitable for all hydrocarbon deposits.  The closed-loop technology may also be applied for remedial project such as tailings ponds. After the launch of its first extraction plant in Utah, the Company is now scaling up its capacity with several additional, higher capacity extraction units within the state, which has over 30 billion barrels of undeveloped but recoverable oil.  (DOE Estimate.)  Asphalt Ridge, the location of MCW’s first plant, is one of Utah’s 8 major oil sands deposits with over 50 million barrels of undeveloped oil sands deposits. (DOE Estimate.) 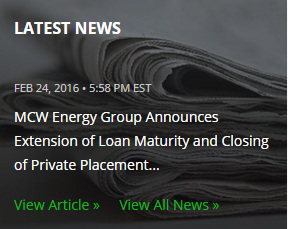 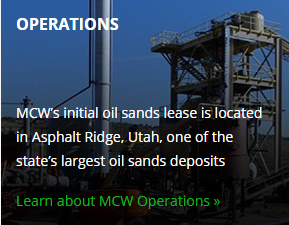 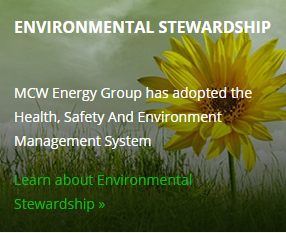 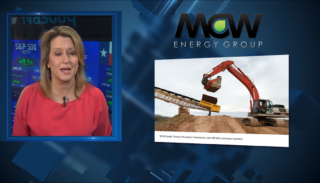 The Company’s Board of Directors, the Management Team and Officers form an impressive group of very talented individuals with a diverse range of valuable experience ranging from chemical engineering and solvent research, business development, international project management, entrepreneurial achievements and senior management for global energy companies in North America and the Middle East.  They have extensive knowledge of both conventional and unconventional oil and gas projects and production, both in upstream and downstream industry sectors.

After five years of hard work this management team has been successful in launching America’s first environmentally-friendly oil sands extraction plant in Utah in 2014.  They have developed an aggressive,  three phase developmental plan to market their unique extraction technologies, which is now being implemented.

THERE ARE UNLIMITED OPPORTUNITIES THROUGHOUT THE WORLD FOR MCW’S ENVIRONMENTALLY-FRIENDLY OIL SANDS EXTRACTION TECHNOLOGY.

There are many countries throughout the world with significant oil sands and oil shale deposits, most of which are undeveloped due to the lack of an effective and safe extraction technology. 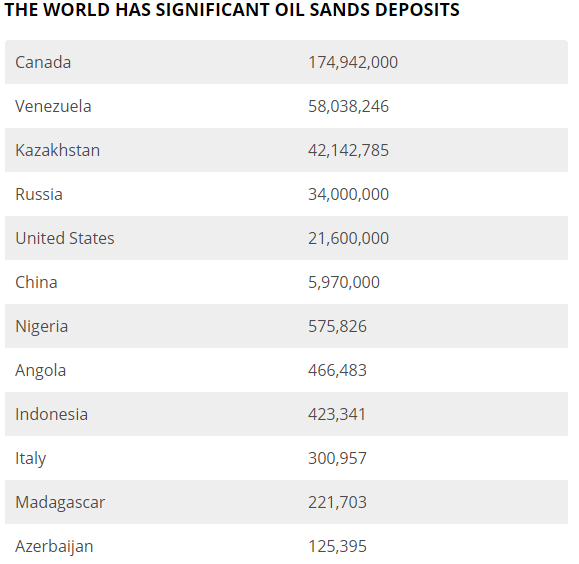 In 2011, several key MCW Energy Group management team members including the Company’s Chairman, Aleksandr Blyumkin, were searching for more profitable energy opportunities than the fuels distribution sector, which had been inherited as a result of the purchase of a regional fuels distribution company established in 1938 named McWhirter Distribution Ltd.  MCW sold the Fuels Division in 2014 and decided to focus on the very promising oil sands industry.  They examined all of the existing oil sands extraction technologies that were being implemented throughout the world and found that there was a void in environmentally-friendly extraction methods, and that the most commonly used technology was the SAGD extraction process (Steam Assisted Gravity Drainage).

This technology was used in most major oil sands extraction projects throughout the world, most notably in Alberta, Canada. It is a very disruptive extraction technique which involves excessive water use, high pressures and temperatures underground and the resultant tailings ponds, filled with toxic chemicals and hydrocarbon residues. The SAGD extraction method requires capital-intensive infrastructures, often costing several billion dollars for major project oil sands processing.

The growing MCW team now included Dr. R. (Jerry) Bailey, a veteran Texas oilman with over 50 years experience in the oil and gas industries, and a former ExxonMobil President of their Arabian Gulf operations. Another team member was added in the person of Dr. Vladimir Podlipskiy, a noted chemical engineer with extensive experience in benign solvent applications and research. The MCW team set out to combine all the features of existing extraction technologies from around the world… but with a new focus… it had to be environmentally-friendly, it didn’t require water, it didn’t require high temperatures or pressures and did not emit greenhouse gases. Most important… MCW’s unique technology had to be commercially viable.

MCW designed its initial extraction plant over the past three years and successfully unveiled it in October 1st, 2014. The MCW Team selected Utah as its first choice for its plant location, mainly because the state holds over 55% of America’s oil sands deposits, which translates into more than 30 billion barrels of oil, as yet undeveloped and ready for future production in the years to come. The Company’s scale-up program is now underway with the design and fabrication of several new, larger capacity extraction units which will be deployed in the years to come throughout the Uinta Basin area in Utah.

Get your information from the Company directly