Tesla Is Hell-Bent On Achieving Profitability

After years of rapidly burning through cash, Tesla (NASDAQ:TSLA) is ready to start prioritizing profits. In the electric-car company’s April 3 update on vehicle production and deliveries, Tesla said that achieving its target for a production rate of 5,000 Model 3 units per week by around the end of June would set the company up to…

After years of rapidly burning through cash, Tesla (NASDAQ:TSLA) is ready to start prioritizing profits. In the electric-car company’s April 3 update on vehicle production and deliveries, Tesla said that achieving its target for a production rate of 5,000 Model 3 units per week by around the end of June would set the company up to “have the long-sought ideal combination of high volume, good gross margin and strong positive operating cash flow.” Further, Tesla CEO Elon Musk was even more specific on Twitter recently, when he said the company will be profitable in both its third and fourth quarters of 2018.

Now investors are getting a preview of exactly how Tesla expects to achieve higher production and profitability. According to a leaked memo to employees (via Jalopnik), strategies include moving to 24/7 operations, special approval for large expenses, and several pauses in production to upgrade tooling and systems. 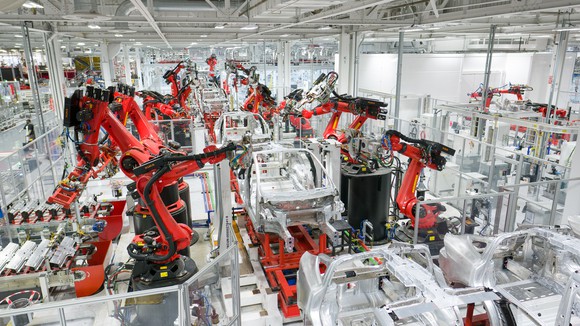 Here are some of the most notable takeaways from Musk’s memo.

Given how sharp Tesla’s ramp-up in Model 3 production was during Q1, some investors have wondered whether achieving a weekly production rate of 2,000 Model 3s per week by the end of the period was simply an unsustainable byproduct of a herculean end-of-the-quarter push. But Musk said in his letter to employees that the company just completed its “third full week of producing over 2000 Model 3 vehicles,” building 2,250 last week. 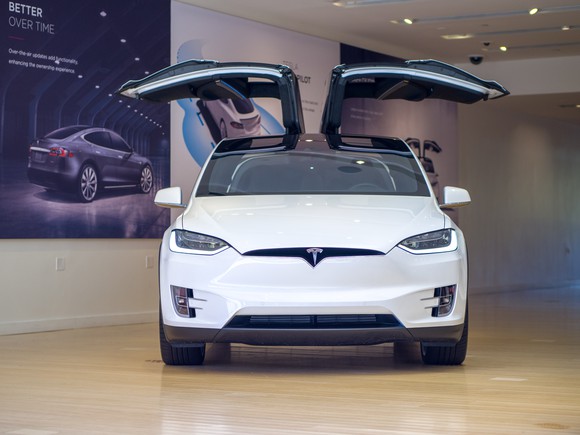 As Tesla has done previously amid sharp increases in production, the automaker has paused its Model 3 production for three to five days in order to “do a comprehensive set of upgrades” to its manufacturing capabilities. These upgrades should boost production capacity to a rate of 3,000 to 4,000 Model 3 units per week by next month, Musk said. Further, “Another set of upgrades starting in late May should be enough to unlock production capacity of 6000 Model 3 vehicles per week by the end of June,” the CEO added.

4. Tesla is switching to 24/7 operations

With Tesla’s renewed emphasis on manual labor, the electric-car company’s ambitious goals will require more hours from employees and 400 new hires at its factories over the next several weeks as Tesla switches to 24/7 operations at its Fremont factory. “This means that we will be adding another shift to general assembly, body and paint,” Musk explained. “Please refer anyone you know who you think meets the Tesla bar for talent, drive and trust.”

5. There are no more excuses for reporting losses

A fair criticism leveled at Tesla by outside critics is that you’re not a real company unless you generate a profit, meaning simply that revenue exceeds costs. It didn’t make sense to do that until reaching economies of scale, but now we are there. 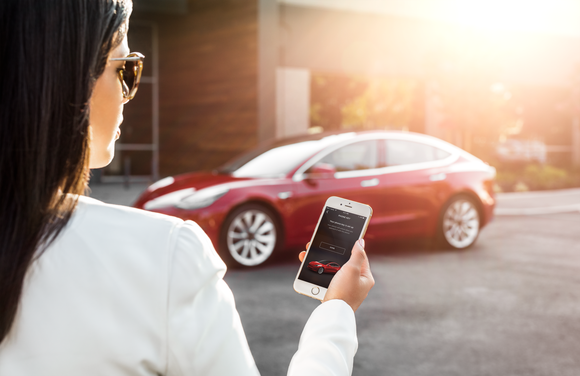 To ensure it achieves profitability, Musk said the company will be “far more rigorous about expenditures” going forward. Specifically, Tesla’s finance department is sifting through every expense to ensure every dollar spent has “a strong value justification.” Further, Musk said he will need to personally approve any expenses that would equal one million dollars or more over a 12-month period.

2018 is proving to be a wild year for Tesla. After finishing 2017 significantly behind its initial Model 3 production targets, the automaker seems hell-bent on achieving economies of scale and profitability.

10 stocks we like better than Tesla
When investing geniuses David and Tom Gardner have a stock tip, it can pay to listen. After all, the newsletter they have run for over a decade, Motley Fool Stock Advisor, has quadrupled the market.*

David and Tom just revealed what they believe are the ten best stocks for investors to buy right now… and Tesla wasn’t one of them! That’s right — they think these 10 stocks are even better buys.

Previous:Livewire-Ergogenics-Signal-Strength-Third-Party-Technical-Analysis
Next: German minister to carmakers: Invest in electric cars or lose out