Why 2021 Could Be a Big Year for the Cannabis Industry

As big of a year as 2020 may turn out to be for marijuana in America — as multiple states including South Dakota, Montana, Arizona, and New Jersey, look to legalize recreational pot — there could be even more exciting developments in 2021. New York could become the prize of the industry next year, and there’s hope for progress on marijuana reform at the federal level.

Although nothing is set in stone, there are a few reasons for cannabis investors to be bullish for the new year. Here are two potential developments to watch for in 2021 that could send pot stocks soaring. 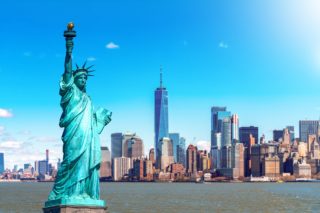 It could be the year New York legalizes marijuana

California is currently the top state for cannabis sales growth. The state’s legal revenues could grow from nearly $3 billion in 2019 to $7.2 billion by 2024, according to research company BDSA Analytics. However, with nearly 20 million people, New York would easily become the next-biggest market for recreational pot if it were to legalize marijuana. It would also mean that the country’s three largest cities would be in states where adult-use marijuana is legal.

Legalizing marijuana was already on the agenda for New York in 2020. It didn’t happen not because the state lost interest, but because it simply required too much work and Gov. Andrew Cuomo (who has also been dealing with the tortured coronavirus hotspot of New York City) wasn’t able to include a bill in the state’s final budget in time. He wanted to do a more thorough analysis of the issues, stating that it’s not a simple “yes-or-no” question, including that state legislators needed to consider the number of licenses, how they’re given out, and the impact of legalization on the state’s police departments.

One big reason why the state’s legislators could move to legalize pot in 2021 is that they’re expecting it could generate $300 million in revenue, which is crucial at a time when job losses in the country are in the millions and the coronavirus cases are on the rise once again. Since the pandemic began in March, close to 2 million people in New York City have applied for unemployment benefits.

The state could start working on marijuana for the next budget as early as January. Gov. Cuomo has already indicated that the potential influx of cash from the marijuana market could be what ensures legalization is a priority for New York next year, stating: “All states—but especially this state—we need revenue and we’re going to be searching the cupboards for revenue.” Lt. Gov. Kathy Hochul said that “it’s absolutely going to be on the table for consideration in the next budget.”

Moreover, if voters in neighboring New Jersey choose to legalize marijuana in November, it could put even more pressure on New York to push through its own legalization efforts. According to a poll conducted by New Jersey law firm Brach Eichler LLC in August, 66% of voters in the state are in favor of legalizing marijuana. For New York cannabis users, it wouldn’t be a long drive to access the Garden State’s dispensaries. This would likely translate to a loss in potential revenue for New York. But even if New Jersey doesn’t legalize marijuana, there’s still strong public support for the move in New York. Of those surveyed in a recent Spectrum News/Ipsos poll, 61% showed support for cannabis legalization and 30% were opposed.

In a best-case scenario for the industry as a whole, both New York and New Jersey would legalize pot. This could pave the way for more states to follow suit, especially if they don’t want potential tax dollars flowing out into nearby states. The opportunities could be significant for a multistate operator like Trulieve Cannabis (OTC:TCNNF), which is already planning to expand into Massachusetts next year as a part of its focus on the Northeast.

As more states legalize marijuana, that’ll only make investors more bullish on the opportunities for growth, and that could send share prices soaring.

Shares of pot stocks jumped when the Democratic nominee for Vice President, Sen. Kamala Harris, vowed to decriminalize marijuana in an October debate. And if that promise materializes in 2021, you can be sure that pot stocks will be sent into a frenzy. Even though decriminalizing marijuana is not the same as legalizing it, any movement to relax laws surrounding the substance would be a step in the right direction. And it could lead to moving marijuana off of its Schedule 1 indication under the Drug Enforcement Agency (DEA), which currently categorizes marijuana as a drug with no currently accepted medical use and a high potential for abuse.

There are no guarantees of what will happen next year, even if Joe Biden wins the election, but just getting the discussion going on marijuana reform may be enough to get pot stocks in the spotlight for all the right reasons.

Why should investors care?

The marijuana industry is in need of some good news. In the past year, the Horizons Marijuana Life Sciences Index ETF (OTC:HMLSF) is down 32%, nowhere near the S&P 500 and its 1% return over the pandemic-stricken period. There is a lot of bearishness surrounding pot stocks right now and some positive news, whether it’s New York legalizing the substance or a movement to decriminalize marijuana, could be just what the industry needs to get investors excited again.

You can’t go back and buy Amazon 20 years ago… but we’ve uncovered what our analysts think could be the next-best thing: A special stock with mind-boggling growth potential.

With hundreds of thousands of business customers already signed up, this stock has been described as “strikingly similar to an early Amazon.com.”

Previous:Cannabis Business Times July 2020 Biodiversity in Commercial Cannabis: Why It Matters
Next: 5 States Considered New Marijuana Reforms. Weed Won in All of Them.